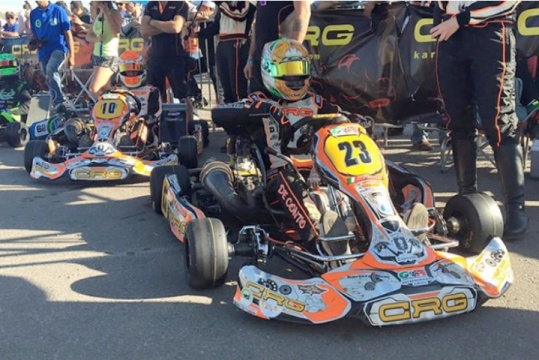 Press Release by: CRG Racing Team
Paolo De Conto won the Grand Prix International Wing's Army of GP1 in Guadalajara on the CRG Road Rebel chassis. Simo Puhakka ended fourth. Darren Elliot claimed the win in GP4.
The first exit of the season yielded the first triumph for CRG and Paolo De Conto in Mexico at the second edition of the Grand Prix International Wing’s Army, the international race held in Guadalajara near the Omnilife stadium.

The two drivers of CRG works team Paolo De Conto and Simo Puhakka have been among the protagonists of one of the most important karting events of Mexico. They made it to the track thanks to CRG importer for Mexico, Kart Entretenimiento Mexico run by Alejandro Herrera and Roberto Elizondo, that fielded their complete lineups in the occasion.

De Conto and Puhakka have been behind the wheel of the multiple-times winner CRG Road Rebel chassis that in Guadalajara was pushed by Honda 125 engine units. After the three heats in which Puhakka and De Conto took one victory each, Paolo De Conto took the lead of the GP1 Final and secured a spectacular win, leading the New Zealander Daniel Bray and the Belgian driver Jonathan Thonon, while Simo Puhakka was fourth at the flag.

“It has been a great race – said Paolo De Conto – and I am very happy on winning the Grand Prix International Wing’s Army at my first attempt. The whole event has been organized in a perfect way. I would like to thank CRG importer for Mexico, Alejandro Herrera and Roberto Elizondo, for the support and assistance they gave me. It has been a great experience.” 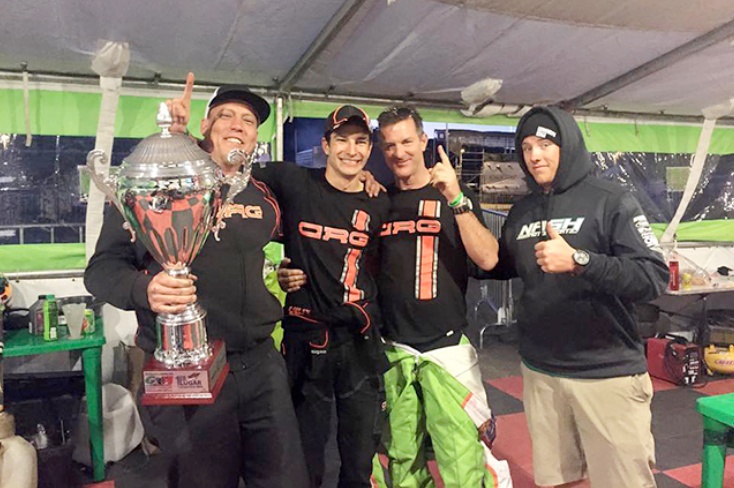 The American driver Darren Elliott took the win in GP4 on CRG. After being among the main contenders to the victory in the heats, he kept the momentum and claimed a splendid victory in the Final. The Mexican Juan Carlos Garcia also obtained a very good fourth place in GP4. 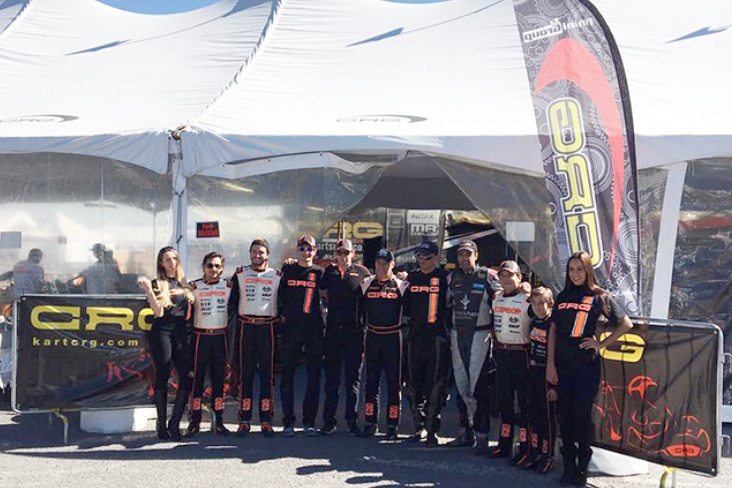