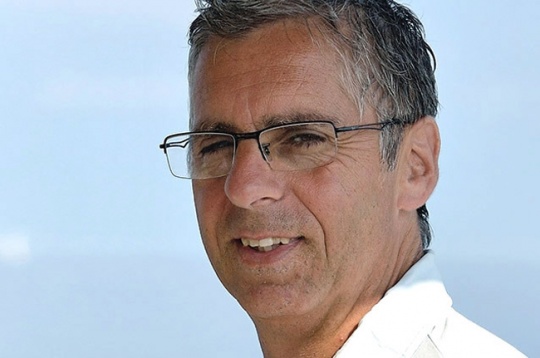 Press Release by: FIA Karting
A top level driver in the 80s and 90s, the Dutchman Michel Vacirca has also enjoyed success as the team manager of CRG Holland.
With his vision of competition, 100% oriented towards racing, he is enthusiastically contemplating the future of karting with the forthcoming introduction of OK engines.

Michel Vacirca, firstly can you recap your dual career in Karting?
- As a driver, my main success was a 2nd place at the Junior World Cup in 1980 and a victory, again at the Junior World Cup, the following year at Locarno. I continued to perform well until the early 90s I then decided to share my passion, my desire to win and my experience with others in the CRG Holland Racing Team, which has brought me great satisfaction. Our taste for technology and our professional rigour has enabled us to support great talents to success. Guido van der Garde drove with us for six years with us and won the World Super A Championship in 2002. Another F1 driver, Nico Hulkenberg, stayed at CRG Holland for eight years. We competed with the Pex family for ten years and supported the debut of Max Verstappen in national races before he joined the CRG factory team. More recently, we won three German Championships with Rick Dreezen who won the  European Championship in 2014 in KZ.

What is your perspective on the cost reduction brought by the OK engines?
- We often hear that the racing will remain as expensive as before in big teams, and that's probably true. There will always people who are very comfortable financially and are able to spend heavily in karting. But that is not the key. OK engines will enable many other teams to offer more affordable services than in the past. Firstly, this will be thanks to the aggressive sales price imposed by the regulations, but also the much lower operating cost. By removing the clutch, starter motor, wiring and battery, we have also reduced the stock of essential spare parts and updates. Where two mechanics were often required in KF, only one will be sufficient in OK. Similarly, for the organisers, the workload will be lighter with much simpler regulations to manage. All of this is going in the right direction.

Who do you think will be attracted to the OK and OK-Junior categories?
- I am convinced that a wide range of drivers will be able to find their way into the OK categories. Good drivers now facing financial difficulties will be able to access top-level competition. And I do not think only to the KF categories. Some one-make trophies are also very expensive for anyone seeking victory. Good teams are able to offer an OK or OK-Junior programme at an affordable cost. Like many team managers, I have already done my calculations and I know what I'm talking about. Meanwhile, national competitions will be able to regain their role of training and selection, based on the real talent of the drivers. At the other end of the pyramid of competitors, recreational drivers will find more enjoyment to satisfy their passion with OK engines without spending more. Frankly, I think that these new engines are a great opportunity to revive competition karting at all levels and to broaden the base of participants.