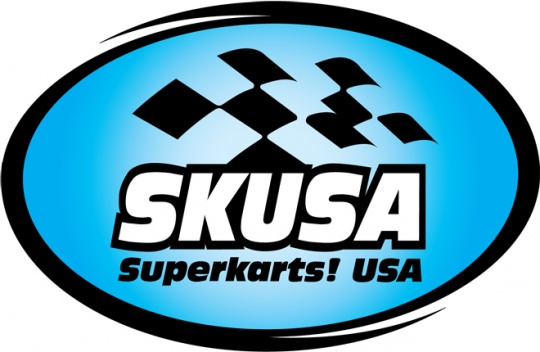 Press Release by: SKUSA Supernationals
Seventh season set for IAME and HPD powered series, returning to familiar facilities.
With the Superkarts! USA competition season now completed after the running of the much-anticipated SuperNationals XIX at the Las Vegas Convention Center in late November, SKUSA’s staff is now totally focused on putting the finishing touches on the upcoming 2016 season. The sport’s leading program is excited to confirm the dates and locations for the 2016 Fikse Wheels Pro Tour, as well as the dates for the various ProKart Challenge series running in California, Texas/Oklahoma and the Pacific Northwest.  SKUSA’s overall class structure continues to evolve, as does the entire foundation, coming on the heels of the recently announced introduction of the new Evinco spec tire program.

The 2016 schedule of the Fikse Wheels Pro Tour is a carbon copy of the 2015 program, as SKUSA aims to produce date equity and consistency. The seventh edition of the SpringNationals will take racers back to the Phoenix Kart Racing Association facility as the month turns over from April to May. Announced at the 2015 race, the SummerNationals will also return to the popular New Castle Motorsports Park facility in late July. The 2016 program concludes in Las Vegas once again, as SuperNationals XX returns to the Las Vegas Convention Center for the 20th anniversary of this great event.  The following is the official Pro Tour calendar:

“It’s not easy finding venues that can hold over 230 drivers and their transport vehicles these days, so our options become limited due to the success of the Pro Tour, but that’s a great problem to have,” offered Tom Kutscher, SKUSA President. “We’ll be returning to Phoenix for several reasons. The track is one of our key partners, they’ve supported SKUSA for many years, and the facility provides us with what we need in terms of paddock space and a challenging racetrack.  The team at PKRA worked their butts off to present a great looking facility for this year’s SpringNationals on the CBS Sports Network, and we’ll work with them again to take it to the next level in April.”

“The return to New Castle is a no-brainer for us,” Kutscher continued.  “It’s one of the finest facilities in the country, and we’re growing a loyal customer base east of the Mississippi that we really want to support.”

The 2016 SKUSA class structure will see an evolution as well, to better represent the evolving levels of participation and the continued development of Superkarts! USA’s internal ladder system.  The TaG Cadet category will have a few modifications, including the new name of ‘Mini Swift.’ A new ‘Micro Swift’ category will be added, and will be offered in the California ProKart Challenge series in place of the TaG Cadet Rookie class.  This category will be open to drivers between the ages of 7 and 9 years of age and will use the IAME Mini Swift engine with an exhaust restrictor to limit performance.  Unlike the TaG Cadet Rookie class, this will now be a fully stand-alone class in both the ProKart Challenge and the Pro Tour series. In addition, the SKUSA classes of TaG Junior, TaG Senior and TaG Master will now be renamed to follow their spec engine program.  SKUSA will now offer X30 Junior, X30 Senior, and X30 Master.

Along with the plans for the 2016 Fikse Wheels Pro Tour, SKUSA is happy to confirm its schedule for their flagship regional programs, including the California ProKart Challenge. Six different facilities on six weekends will make up the California PKC championship for next season. Buttonwillow and Willow Springs remain the opening events on the calendar. Two of the six stops include trips toward the northern half of the state, including a return to the Monterey Bay Karters facility near Salinas in April and another trip back to the popular Simraceway Performance Karting Center in Sonoma. The Santa Maria Kart Track is another facility returning to the California ProKart Challenge calendar, scheduled for Round Five in August. The series closes out once again at the popular Streets of Lancaster Grand Prix in September.

Local option classes for these PKC regional programs – like S3 Novice Stock Moto, S5 Junior Stock Moto, and S4 Super Master Stock Moto – will be offered where demand dictates. For more info on these and other exciting details, keep an eye on the website – www.superkartsusa.com as well as follow the Superkarts! USA Facebook page and Twitter. Questions and input can be directed to the email info@superkartsusa.com or call the office at 951-491-0808.