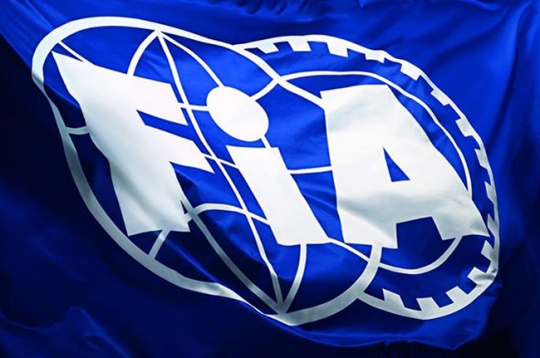 Press Release by: FIA Karting
At its meeting of December 2nd, 2015 in Paris, France, the FIA World Motor Sport Council took the following decisions on the basis of proposals from the International Karting Commission.

As part of the CIK-FIA European Superkart Championship, a specific classification for drivers using an eligible single cylinder engine will be implemented from 2016.

The CIK-FIA Superkart Mono Cylinder Cup will be awarded to the Driver who has scored the highest number of points on the following scale: 1st 25 points, 2nd 20 points, 3rd 16 points, ..., 15th 1 point.

The CIK-FIA has decided to introduce an Endurance Championship from 2016. The Automobile Club de l'Ouest (ACO) is candidate to host the 1st edition at the 24 Hours of Le Mans Karting, 17-18 September 2016.

- Panta has been selected for the exclusive supply of Fuel for all CIK-FIA Championships, Cups & Trophies, with the exception of the European Superkart Championship. The "KART RON 102 Type" Fuel is the same for all these Competitions in 2016.

- Total has been selected for the exclusive supply of fuel in the CIK-FIA European Superkart Championship in 2016 and 2017.

- Vega has been selected for the exclusive supply of approved tyres in 2016 for all CIK-FIA Championships, Cups & Trophies, with the exception of the European Superkart Championship. As foreseen in the Regulation, the KZ, KZ2 and OK categories will use the "Prime" tyres, the OK-Junior categories and Academy the "Option" tyres.

- Elto Racing has been selected for the exclusive supply of exhausts for the OK, OK-Junior and Academy Trophy engines in 2016, 2017 and 2018.

- Dell'Orto has been selected for the exclusive supply of carburettors for the CIK-FIA Championships and Cups (KZ and KZ2 categories) for 2016, 2017 and 2018.

- The OTK Group has been selected for the exclusive supply of karts to competitors in the CIK-FIA Academy Trophy for 2016, 2017 and 2018.

"I am pleasantly surprised by the total amount of tenders that we received for 2016. The 2015 record was exceeded," said Kees van de Grint, the Vice-President of the CIK-FIA."This would not have been possible if our philosophy was not good. I take the huge support from the karting industry as a great compliment for the CIK-FIA. "

"With the arrival of the OTK Group as chassis and engine supplier to the Karting Academy Trophy, it is not just a famous brand becoming involved in this category where young talents are discovered worldwide. Offering the winner of the Trophy the opportunity to compete for free in the CIK-FIA World Junior Championship in Bahrain is a further boost for an already successful series."

"The other CIK-FIA Championships, not just the Academy Trophy, should be eligible for such financial facilities! How and what amount, I do not know yet, but after discussions with Luca De Donno, I am convinced that the head of WSK Promotion can produce some interesting proposals in this direction for all competitors."

KZ, KZ2 and the Academy make their debuts in Adria