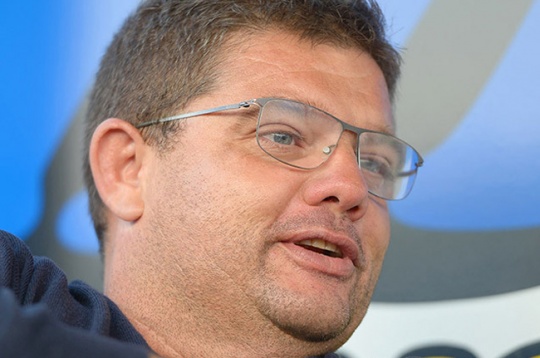 Press Release by: FIA Karting
Founded by Claudio Flenghi and Francesco Battistelli, TM Racing is most of all involved in the field of off-road motorcycles, but their competitive spirit has also been exercised with great success in karting for several decades, under the supervision of its specialist technician Franco Drudi.
TM Racing has been actively involved in the genesis of the new engines together with the CIK-FIA, and they have demonstrated optimism about the future of these engines.

Mr Drudi, how can you explain your optimism towards the OK engines?
- The previous generation, the KF, appeared at a time when the budgets of international competition had soared, while, in parallel, economic conditions deteriorated. High-level karting has suffered greatly from these two factors, losing its popular appeal in favour of a very wealthy clientele. The top level of competition will always be expensive, it cannot be otherwise, but the base of the pyramid should be strengthened with more affordable access for a large number of competitors. TM Racing has never wanted to launch its own-brand series, preferring to compete in the CIK-FIA categories. That is why we are excited about the arrival of these new engines, which are both simpler and cheaper. On this point, the effort by manufacturers to stay within the price set by the CIK-FIA proves their involvement in broadening the base of competitors.

How did the development phase the OK engine go?
- TM Racing participated in their development in close cooperation with the CIK-FIA for three years. The deadline was tight between the publication of the final regulations and the approval date, about four months, but we worked hard and the challenge was  met on time. We are in the midst of testing the final versions for the 2016 season. The OK-Junior is very close to the previous KF3 which was probably the best engine ever from a CIK-FIA regulation. However we have needed to familiarise ourselves with the OK, as the maximum speed has increased by 1000 rev / min over the KF.

What do you think are the main qualities of the OK engines?
- I believe that all of the brands will be very similar with regard to performance. In OK, everyone will use a simplified power valve and an identical exhaust. In addition to the reduced purchase price, these aspects will help to develop the market, particularly in the national championships. Expect tighter races than in the past, which is excellent news. Like most professionals, I will carefully watch the Junior races, for the first time using an engine without a clutch. For Seniors, the choice of reducing the weight of the OK class helps maintain a high level of performance with a simpler machinery that has a wider range. It is a good option for an advanced karting category and will become very attractive. Driving an OK will be much more fulfilling than a KF.

I should add that the CIK-FIA has worked hard to complete regulations that meet the expectations of all parties concerned as much as possible. It is also very good promotion for the new engines. These efforts need to be highlighted because they are going in the right direction. More drivers will be race in these categories, and most federations, circuits and professionals will be satisfied. As I am passionate about racing, I am very excited by the OK engines. I hope the ASNs and professionals will take their part by facilitating their development for a broad range of drivers. At TM, we are all very excited to start the 2016 season!