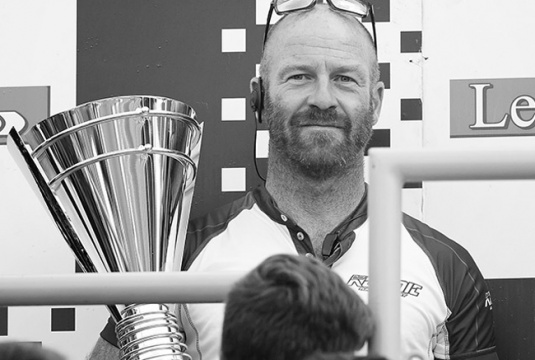 Press Release by: FIA Karting
The current Team Manager of Kosmic Kart Racing, the team that won the 2015 CIK-FIA World KF Championship with Karol Basz using a Vortex engine, the Belgian Olivier Maréchal is also known for his talents as an engine tuner.
.. He welcomes the introduction of the new OK and OK-Junior engines in 2016 from both points of view.

What the OK engines will change in the work of your team?
- The simplification that accompanies the new homologation of OK engines will first result in significant time savings for our mechanics. With the external water pump, adjustments to the base engine will be faster. The installation of the electrical wiring on a KF was a tedious process requiring close attention, especially as we had to replace the full kit several times during a meeting. The search for possible faults will also be easier. On the other hand, charging starter batteries regularly was a recurring concern in KF. Not to mention the risk of explosion or fire. Unfortunately, we are well placed to know this ...

What is your opinion on the competitiveness of OK engines?
- The 2016 season will be crucial, as with any change of regulation. But the basis of OK remains close to that of KF and I think we can trust the leading manufacturers in terms of reliability. The additional 1000 RPM authorised maximum engine speed should not be a problem. First, lowering the minimum weight should give performance at least equivalent to that of KF and it would not be surprising if we rapidly exceed it while offering greater Driver satisfaction.

What benefits do you see for engine tuners?
- The engine will now have two single-make essential accessories: the exhaust and the power-valve. For the exhaust, we will no longer need to constantly test new models at different circuits. We will simply adjust the length within the limits of the regulations. The new power-valve will simplify the work of preparers. As well as greater reliability, the disappearance of boosters will limit the role of new parts that factories sometimes offered several times a season. This relates primarily to private engine tuners who did not have easy access to cylinder developments for financial reasons. Everyone will be on an equal footing, and the expertise of some talented preparers who could not keep up with the developments in KF, could return to the forefront with OK.

You therefore welcome the arrival of OK engines?
- I am convinced that it was necessary to offer an alternative to KF. These were finally mature and large teams had learned to use them effectively. However, they were never successful at national events and it is there that OK will be most useful. I hope that the lower cost will allow many teams to offer attractive services in their own countries. As for the push starts, we'll see how the drivers react. It will probably not easy for the Juniors and we will follow the progress in the initial races. But I remain convinced that the OK engines will have an overall positive response in high-level competition.