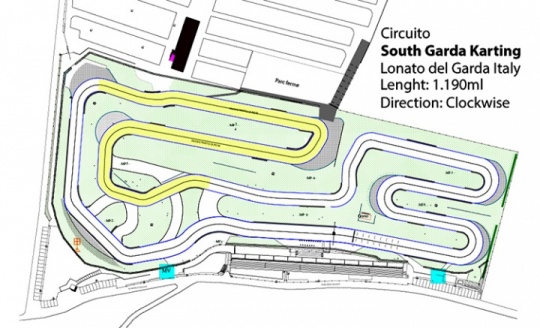 Author: Vroomkart International
All is set at the circuit of Lonato for the extension from the current 1.010 meters to 1.190 meters. Renovation works are going to start next 16 November and the new circuit will be inaugurated on 4 December 2015.
The renovation of the Circuit South Garda Karting, started some time ago with the widening of the paddock zone and with the introduction of new services dedicated to the drivers, is going to be completed by an important extension of the track that aims to improve the international ranking of the venue.

The new circuit will be extended from the current 1.010 meters to 1.190m as the new layout will start in the middle of the current “paddock” corner and will rejoin the old track at the beginning of the straight that leads to the mechanics grand stand. The width of the new sector of the track will also be increased.

Track heights will also be slightly changed in the new part of the circuit in order to obtain a perfect fusion of the new and old circuit, without affecting the existing flow. A new Park Fermé is also going to be built, which will involve a redistribution of the Paddock spaces. The whole circuit will be resurfaced.

The new layout has already passed the simulation of FIA. The objective at the national level is to obtain Grade A homologation, to allow the presence of 34 drivers in national races as is the case in International races.

Renovation works will commence next 16 November, while the re-opening of the track for practice and testing is scheduled for Friday 4 December 2015.

The first sporting appointment of 2016 is scheduled for next 19-20-21 February in occasion of the 21st Winter Cup that will see Mini Rok, KZ2, OK and OK Junior categories on track. 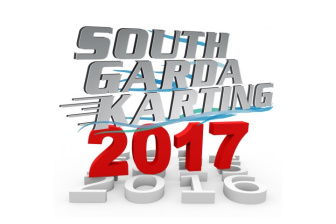 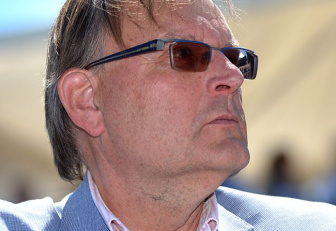 Van de Grint in Lonato for the Winter Cup