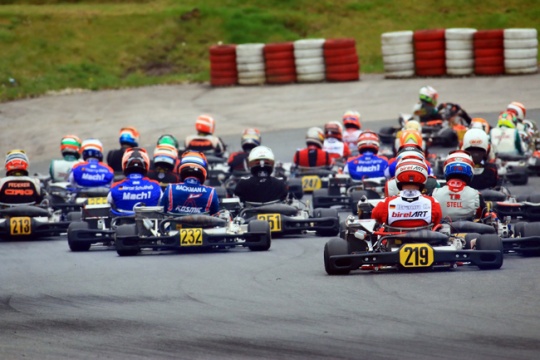 Things are going to happen fast during the second half of the season. The events in Oschersleben and the finale in Kerpen are going to take place within three weeks. Series coordinator Stefan Wagner is excitedly looking forward to the 2016 season: “We’ve been working on the calendar since the beginning of September. We really wanted it to go well with the CIK dates. I think we managed it well, the ride times are kept within a limit and the race in Genk is perfectly set right before the EM finale.”
In addition to the new calendar, everyone is looking forward to the new engine generation. The DKM is joining the CIK-FIA regulations and is writing out the OK junior and OK engines. “After numerous talks with drivers and teams, it’s the right way to write out the new engines. We’re an international racing series and are joining the regulations”, Stefan Wagner explains.