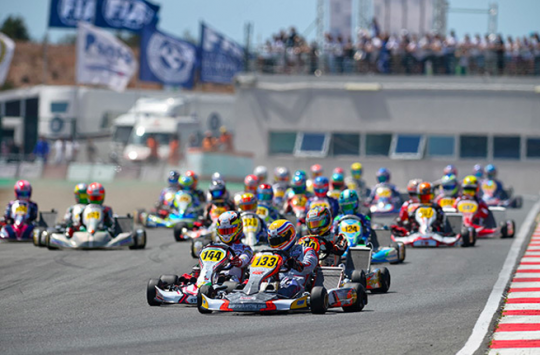 Press Release by: FIA Karting
On the proposal of the WSK Promotion, validated by the International Karting Commission, it has been decided to change the format of its Competitions from 2016.
This is to increase the track time before the start of the Competition and facilitate testing and the development of equipment without requiring a prior trip. The savings may be substantial. This innovation will concern the CIK-FIA European Championships and World Championships and the CIK-FIA International Super Cup for KZ2.

The Second Chance Heats are removed, and all categories will compete in two Prefinals, when there are more than 34 Drivers, of which the top 17 will qualify for the Finals.
In addition to those already awarded at the end of the Qualifying Heats and Finals, points will now be awarded for the Prefinals on the following scale:
1st 17 points, 2nd 16 points, 3rd 15 points, and so on to 17th.