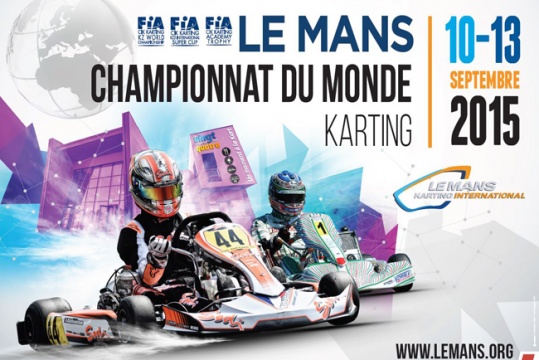 Author: Vroomkart International
After 24 years of absence from the world karting stage, this year Le Mans welcomes the biggest meeting of the year for the International Karting Commission of the International Automobile Federation (CIK-FIA) on the Le Mans Karting International circuit of the Automobile Club de l'Ouest.
From September 10th to 13th, 2015, the flagship event of the karting season will mark the return of Le Mans to the spotlight of the discipline with a particularly attractive programme, as three other categories will reinforce the attractiveness of the CIK-FIA KZ World Championship.
A legendary track from the 1970s-1990s, the Alain Prost circuit can claim to have seen the future stars of motorsport in their infancy at several World Karting Championships. Ayrton Senna in 1978, Michael Schumacher in 1985, Jarno Trulli in 1991, as well as Giancarlo Fisichella, Jos Verstappen, Allan McNish, Emmanuel Collard, Benoit Treluyer and Sebastien Bourdais who became famous among others on 1172m of the Alain Prost Circuit .
The ACO decided to revive the glorious past with the creation of the circuit Le Mans Karting International in 2013, a long track of 1384m which meets the current safety standards of the CIK-FIA. The site has ultra-modern infrastructure, both for the management of the competition and for hosting the public. Fast, spectacular and technical, the Le Mans Karting International circuit has the distinction of running in the anti-clockwise direction, an additional physical challenge for the drivers. The new layout and organisation of the Association Sportive Karting ACO has already been proven with the 24 Hours Karting races and many regional, national and international events.
Convinced by the quality of the International complex of Le Mans Karting, the FFSA and CIK-FIA did not hesitate to entrust the organisation of the 2015 World KZ Championship via the ASK. Nearly 200 of the best drivers in the world are expected at Le Mans from September 10th to 13th for the most important meeting of the year for the four categories on the programme. Present on site or glued to their screens, several thousand spectators are about to watch the event which marks the return of Le Mans to the world stage in karting.
The drivers and their teams came to test for several days on the Le Mans Karting International circuit to complete their preparation for the quickly approaching event. With the task of learning the track for the drivers, and extensive development work for the technicians, the tension is already noticeable before the competition.
Overview of the categories and the drivers entered
The CIK-FIA KZ World Championship
This is the highest level of karting competition, the domain of the factory teams competing on 125cc 2-stroke karts with 6-speed gearboxes developing about 50hp for a total weight of 175kg. The stunning performance of the machines equals the virtuosity of their drivers, simply the greatest professionals in karting. 36 drivers are entered at Le Mans with the Italians Marco Ardigo, Flavio Camponeschi, Paolo De Conto, Davide Fore and Andrea Dale, the Belgians Jonathan Thonon and Rick Dreezen, the Britons Ben Hanley and Jordon Lennox-Lamb, the Dutch drivers Bas Lammers and Jorrit Pex, with a total of more than 30 European and World titles. The French will not be left behind with three drivers who can aim for victory, Anthony Abbasse, five times winner of the 24 Heures Karting, Jérémy Iglesias and Arnaud Kozlinski, all equipped with Sodi chassis made in France, without forgetting Julien Canal, driver from Le Mans, 3rd at 2015 Le Mans 24 Hours in LM P2 category and engaged in the FIA World Endurance Championship,  who will be on the starting line.

The CIK-FIA International Super Cup for KZ2
On very similar equipment to that of KZ, but more affordable, the successor to the KZ2 World Cup has been renamed the International Super Cup and attracts a large number of drivers. 101 drivers are expected at Le Mans for a highly selective competition where the French will be very well represented. In particular watch the progress of Thomas Laurent and Nicolas Gonzales, members of the FFSA Karting Team France, plus Paolo Besancenez, Charles Fiault, Alexandre Arrue, Maxime Roy and Enzo Guibbert, against the Italians committed in force in the Sarthe.
CIK-FIA Karting Academy Trophy
A unique global formula in the world to develop the young talents between 13 and 15 years old, this year the Academy Trophy pits 51 drivers representing 36 countries and four continents. They race on identical equipment, drawn randomly. The 2015 Trophy will have its denouement at Le Mans for the third and final event of its calendar. The Spanish driver Marta Garcia leads the standings, but we will carefully watch the performance of two young members of FFSA Karting Team France, Enzo Coursimault who is determined to shine after previous disappointments, and Theo Nouet, currently ranked eighth who will do anything to improve his position.
CIK-FIA Karting Super Cup
A meeting that is increasingly popular with enthusiasts and the public, the Historic Karts will also be at the party at Le Mans in the third edition of the CIK-FIA Karting Super Cup. It is not strictly speaking a competition, but rather a show with several demonstration sessions on the programme. On track and in the paddock, this will be the occasion to discover or re-discover these wonderful machines that have made the history of the discipline and who built its reputation.
The karting competition schedule offers long running sessions throughout the event, starting with free practice on Thursday 10th and Friday, September 11th, a day that will end with qualifying. Saturday, September 12th will be dedicated to qualifying heats before moving on to the finals on Sunday, September 13th. The prefinals on Sunday morning will then determine the final starting grid (Sunday afternoon), decisive in awarding the titles. 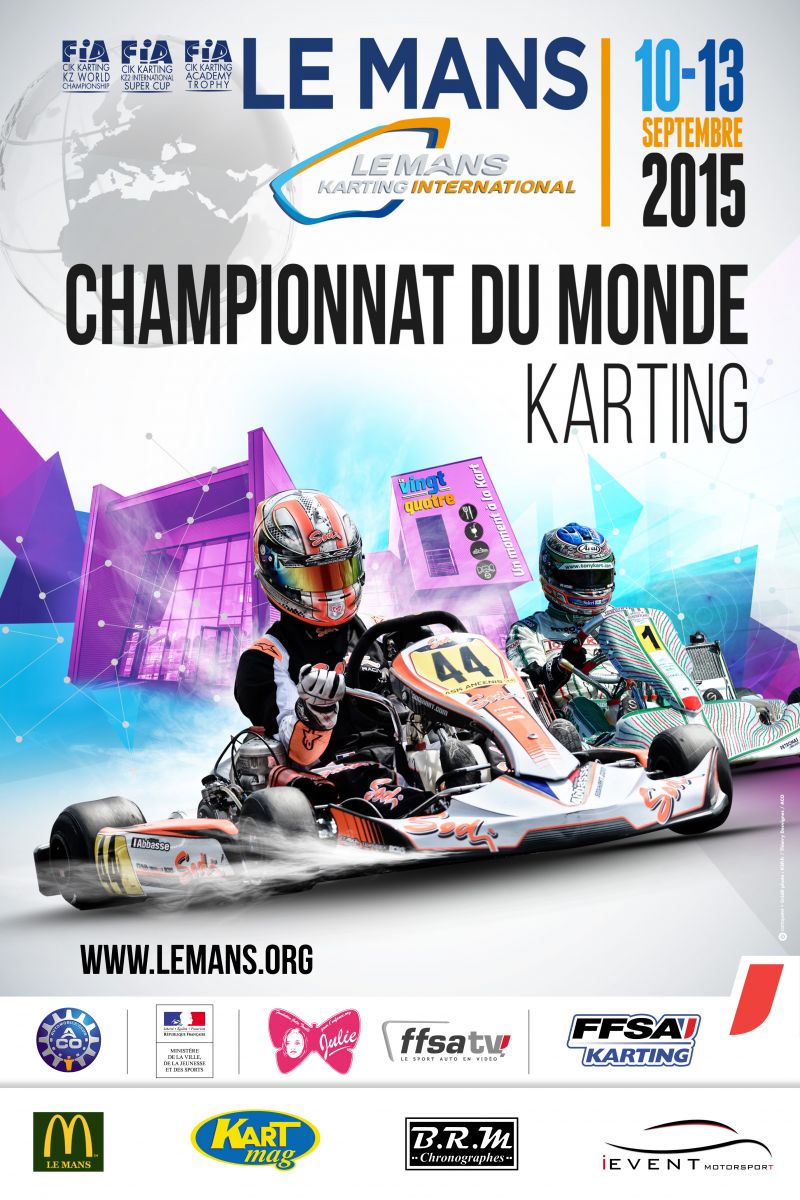