Author: Vroomkart International
The new series of the World WSK starts from the New Circuit of Algarve in southern Portugal. Here, the new CRG official team takes part in all the categories with its best drivers. The finals are scheduled for next saturday 3rd July. The highlights on Eurosport channel next sunday 4th July together with the world touring Car Championship WTCC.
Desenzano del Garda (Brescia - Italy), 24th June 2010. Everything set for the Grand Début in the WSK World Series, the new karting world series, which from Tuesday 29th June to Saturday 3rd July is on the brand new track of the Algarve Circuit in Portimao – Portugal. All the top drivers and teams of international karting are expected to take part in the event.
After the successful WSK European Series which ended on the track of Sarno (Italy) with the wins of CRG in KZ2 thanks to Jonathan Thonon and in KF3 thanks to Max Verstappen, the Italian manufacturer takes part in this new event already loaded with trophies and with the best credentials; the latest important technical development brought CRG’s competiveness to top levels; the team is now ready to get to its usual final goal: the victory. 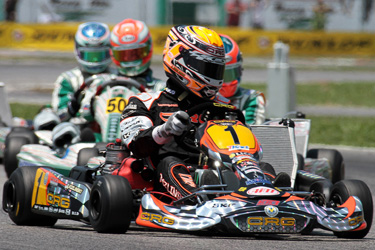 First picture shows Jonathan Thonon, who will race in the new WSK World Series in KZ2 together with Gary Carlton. Above, Arnaud Kozlinski in SKF.

In Portimao, in the first of the three events of the WSK World Series, the CRG-Maxter Official Team lines up in Super KF its standard-bearers “Koko”
First picture shows Jonathan Thonon, who will race in the new WSK World Series in KZ2 together with Gary Carlton. Above, Arnaud Kozlinski in SKF.
Arnaud Kozlinski, reigning world champion of the category, the five-time champion of the world Davide Forè, together with the young and quick Felice Tiene and the brilliant Eddy Tinini.
In KZ2 there are great expectations for excellent results thanks to the three-time champion of the world and of the WSK Euro Series Jonathan Thonon, together with the American champion Gary Carlton. 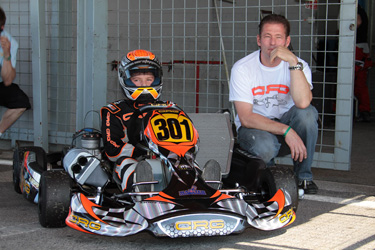 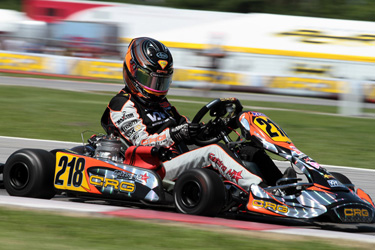 First picture shows Max Verstappen, winner of the WSK Euro Series KF3,
together with his father Jos. Above, Michelle Gatting in KF2.


In KF3, besides the new Euro WSK champion Max Verstappen, there will be the international début with the CRG colours of Antonio ‘Speedy’ Fuoco, who has recently signed for CRG, whereas in KF2 there will be the ‘Queen’ of the category, the Danish driver Michelle Gatting, who has just swept the board in the recent French Championship in Angerville. In KF2, Giovanni Martinez too will race for the CRG Official Team.
The venue of this first event of the WSK World Series is the brand new “Kartodromo International do Algarve”: it is 1532 metres long and it is set in the region of Algarve, southern Portugal, in the middle of the Algarve Motor Park sports complex, which can boast a new race track that has already been the venue of international meetings. The WSK finals are scheduled for Saturday, in order to give the event the possibility to have more attendance and a better media coverage thanks to the concurrent event of the Touring Car World Championship WTCC, which takes place on the circuit next to the go kart track. A special report of the WSK finals will be broadcast on Eurosport Channel during the live coverage of the WTCC of 4th July.
The programme of the WSK World Series of Portimao begins on Tuesday 29th June with the free practice, which continues on Wednesday 30th and Thursday 1st July with qualifying session to be held at the end of the day. Friday 2nd July Superpole for the Super KF and qualifying heats. Saturday 3rd July pre-finals and finals.
After Portimao, the WSK World Series continues with the two other events in schedule: 1st August in the USA (Millville- New Jersey) and 31st October in Egypt (Sharm el Sheik).