Author: Vroomkart International
Halfway through the season, and the international karting scene is in evolution. 2010 is certainly proving to be a turning point, one of those seasons that will stay in the history of our sport, though whether in a positive or negative way it’s still hard to tell. It will be sufficient to say that what main actors do today will definitely have a decisive and direct impact on the future of karting and the way it will evolve.

Overall from national series, we hear stories of stable numbers with obvious due exceptions – after years of lowering entries it’s not that bad after all. The KF monster doesn’t seems that scary anymore, and yet four years off its debut it still finds it hard to break through, leaving huge numbers to Rotax and other single-make series, which are getting stronger and stronger every day. Proof of this is the increasing number of drivers who learn their craft in national Rotax series and then go international on KF – Verstappen is only the latest example.
Also, RGMMC’s Rotax Euro 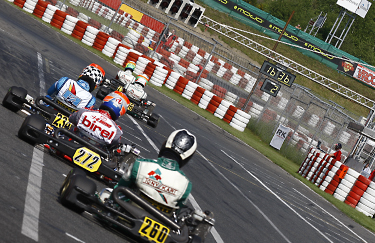 Challenge is becoming a global event, hosting drivers from outside Europe too. Plus, more and more national ASN are trying to introduce Rotax as main national series that qualify for the Rotax Grand Finals in order to spur up numbers and be appealing to newcomers, seen the big success of the latest editions of the world final.
2010 has also seen the birth of a new single-make series by Birel-Bmb, Kart Grand Prix, at present on Italian tracks only, which is likely to be introduced in other countries in the near future.
If KF3 is the main recipient of drivers wanting to race at international level boasting decent numbers also at national level, KF2 has seen a drop in entries – as KF1/SKF should probably be considered in the process of decomposition. This is mainly for two reasons: the cost of racing a series in KF2, and the actual trend that sees more and more drivers dropping out of karting at a younger age for Formula racing.

At international level the story is even more complex: CIK is still defining its programs, it’s in a year of transition and is betting heavily on the ‘U18’ and Academy Trophy projects, while the 'big three' manufacturers (Crg, Tonykart, Birel) keep still acting unsupportively of the international federation’s events, and pushi 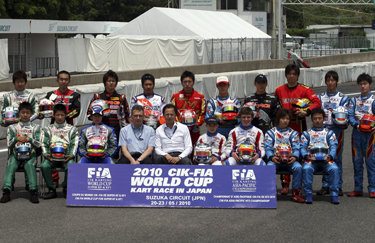 ng forward on the WSK, which looks more and more like a private club of few aristocrats.
Result: CIK European SKF Championship cancelled early this year; one of the most exciting and exotic top international events on CIK calendar, the Suzuka World Cup, down dramatically to 17 entries, 15 of which from Japan; its support event, the Asia-Pacific KF2 Championship filing 26 entries, 5 of which from the Old Continent; and the WSK hitting an all-time low of 185 entries divided in 5 categories at the last round of the Euro Series in Sarno – in 2009 entries were over 230 in 4 categories.

What does this tell?
The decision of the big three to boycott CIK races and privilege WSK events is proving detrimental to all, because it fails to generate new interest in the sport, forces medium size teams and manufacturers into a prohibitive selection of events and calendar, and in way worked as a strategy to delegitimize the CIK. If growth requires unity among the main actors, it is even more so at times of economic crisis such as the present one.

Good signs ahead
Enough of technical mishaps - like clutches at the birth of KF - it seems we’re heading to harmonization of classes also in the US, where the main national series, Championship Karting International, has decided to adopt the European standards, and the Florida Winter Tour keeps its Rotax program to a world class standard. Just like in Australia, where 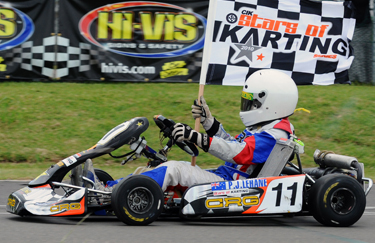 the full-fledged national Rotax Series was sided by CIK class programs in 2009, which has now become a series in its own right called CIK Stars of Karting hosting KF and KZ drivers. And though overall numbers seem down everywhere, ‘old’ popular classes like Briggs&Stratton, Yamaha and TaG keep rolling.
Another positive sign comes from Italy: what might have seemed inconceivable few years ago, in the ‘big three’ manufacturers’ backyard, Austrian-made Rotax engines have finally made it into a decent program thanks to the collaboration with the Italian Open Masters, strong of renewed energy and enthusiasm put up by the national federation and local organizers.

To put it simply, we’re not sure what drivers will choose in future, but more will definitely join in.