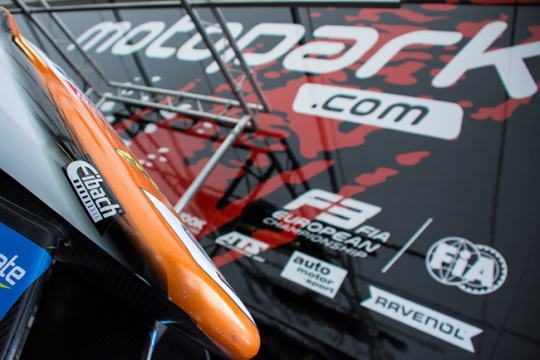 Press Release by: P1 Racing Services
It all started so promising. Markus Pommer clocked second and third fastest time in Free Practice. But when it came to qualifying, the South German didn’t catch a slipstream.
Without a tow, he was destined for a midfield starting position – right in the carbon area, which was bound to end in tears.
At the start of race 1, Pommer’s engine stalled, and another driver collected him from behind, ripping his car to pieces. This marked the beginning of a spectacular race, through the course of which Pommer’s team mates Sam Macleod, Sergio Sete Câmara, Nabil Jeffri and Mahaveer Raghunathan all fell victim to accidents.
„Our car is quick,“ reckons Pommer. „But we have to work on our starts and our qualifying performance. Plus, a straightfoward race without all these Safety Cars would help, too.“
Races 2 and 3 were cut short by the officials. Following a number of crashes, some of them in dramatic fashion, forced the clerk of the course to red-flag the heats and award only half points.
Team Motopark’s drivers survived the carnage comparatively unscathed. Pommer lost five places at the start but picked driver by driver do finish eighth.
Câmara took the flag as 11th, one place from Mcleod. Jeffri finished 21st, Raghunatan sank his car in the gravel traps outside the Parabolica but got classified as 24th.
In the third heat, only two laps could be run in full flow before accidents, safety cars and red flags took over again.
This didn’t allow for much passing.
Pommer ended up 11th, Jeffri 22nd, Câmara 23rd and Raghunatan 26th, while Mcleod had to pit for a new wheel following a collision and a broken rim at the start. The Scotsman thus couldn’t achieve more than P27.