Author: Vroomkart International
Probably, in a couple of years, we will be running another article on former Maranello driver Jules Bianchi, Suzuka World Cup runner-up in 2006, in the section ‘From Kart to Formula 1’, as the French talent looks set to reach the ultimate goal of every driver: racing in F1. And Jules had the privilege of testing the Ferrari F60, with a 48 hours test in Jerez last December...


Report S.Murtas / Photos Vroom archive, Ferrari P.O., Art GP P.O.
I met Jules Bianchi, one of the likely Formula 1 drivers in the near future, in Lonato during the 15th Winter Cup, in Maranello hospitality. His progression in 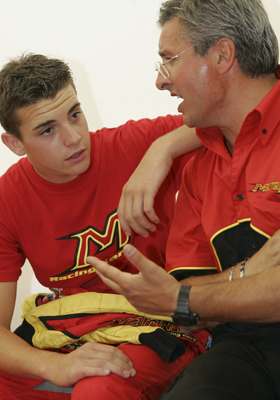 motorsport has been quite stunning, if one thinks that only three years ago he was racing karts. He started the GP2 season few weeks ago, and he has already one test with La Rossa, the Ferrari F60, under his belt. “It’s impossible to describe what it feels like to work with the Scuderia” says Jules, and we have no trouble in believing him.
Despite his incredible resumè, Jules is still a very down to earth kind of guy, almost shy, particularly when he talks about his helpful allegiance with Nicolas Todt, his manager, something that many other drivers would brag about. Jules has always been a very mature person, even in his karting days when everyone could see his potential, and Maranello’s Armando Filini nurtured his raw talent.

It’s good to see you at karting events...
Well, my life it’s very busy lately but it’s surely a pleasure to visit all my friends in karting from time to time. I would love to do another race in karting, I miss it quite a bit...

You moved up from karting three years ago. Tell us what you’ve been up to since then.
In 2007 I raced in Formula Renault 2.0 in the French Championship, which I won taking 5 victories. In 2008 I moved up to F3 Euroseries changing for Art Grand Prix Team, I finished 3rd in the championship, and I won the F3 Masters. Last season I raced again in Formula 3 Euroseries, I won the title with 9 victories, and this season I moved up to GP2, still with Art Grand Prix Team.

How important has your experience in karting been to you?
I can definitely say 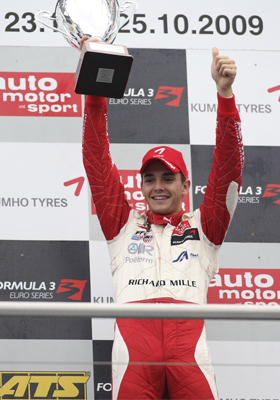 that it’s been enormously important. I think it’s a fundamental discipline for every driver, it teaches you the basic skills you need in every category. During my experience in karting I learnt how to overtake, how to manage the race, and it has also been very useful to grow as a person. Karting is a vital learning experience.

How important is it to be in the right team to be successful in motorsport?
As far as my personal experience is concerned, to be with Maranello team in my karting days was very important. Maranello was like a family to me, I felt like at home, and I was very confident of my potential because the team supported me 100%. At technical level it’s also very important to be part of a team with competent people because the driver can make the difference but cannot do everything. This is a team sport where everything has to work well to be successful. The driver has to be good, trying to make the difference all the time, just like the equipment, the team manager, the engine tuner and the mechanics. The team as a whole has to work in the same direction and results will come. In formula racing it’s just the same!

What impact did your manager, Nicolas Todt have on your career?
The manager is an essential actor in the career of any driver. I am lucky enough to be managed by Nicolas. Before we started working together, I found it difficult to raise the budget to race. But the role of a manager goes beyond the financial part. He has to direct the choices of his driver in the right direction, and the driver needs to trust his decision 100%. Nicolas helped me make the right steps, advising me on which team and category to join. I have a lot of faith and respect for him, so far he’s been a very good guide and I’m very grateful. In 2006 it was Nicolas who advised me to step up to formula racing, after the World Karting Championship in Angerville.

You lined-up second on the final starting grid bef 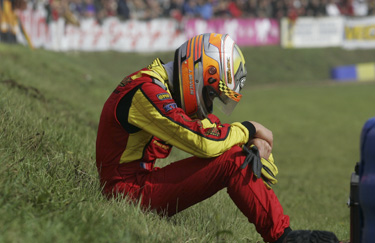 ore being forced to retire with a dump carb in lap 7... did you not desire to give it a go the following year?
Of course I would have liked another shot at the world title, but you have to trust your manager’s judgement because he works for your own good. A good manager tells you what you should do even if your heart is set somewhere else. A good manager always keeps you focused on your ultimate goal, whereas drivers often act out of instinct. And for this reason it’s almost impossible for a driver to make it successfully in motorsport without a good manager.

What does a driver need beside passion to be successful in motorsport?
You need motivation, determination, physical and mental preparation. This is one thing I had to work on right after I moved up to formula racing. In karting I didn’t do any physical training, because you train when you’re driving. Instead in formula racing you need to train because you can’t test as much as you want, tests are limited and you have to train by yourself. I think this is the toughest moment for any driver, when you are on your own training. This is a true test of motivation, and it’s what makes you better and stronger. 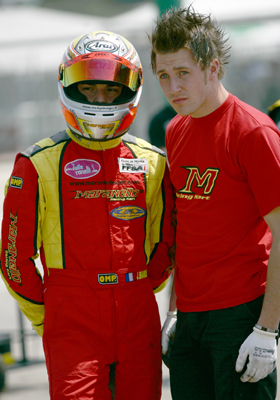 And how do you work on your mental preparation?
I think getting disciplined to train on your own makes you stronger mentally. Also, all the people around me, my manager, my team, my family help me a lot to stay focused. At this point in my career this has been sufficient, but the higher you get the more you need to train. My training routine has changed a lot from karting, and no doubt it will change and become more intense as I progress in my career.

In 2009, Kozlinski managed to become the first French driver to win the World Karting Championship. Do you regret that it could have been you?
I’m very happy for Koko, we used to be rivals on track. Although in 2006 I was very strong on the Maranello and we could have won the title it didn’t happen. I don’t have any regrets because that’s racing. We were firmly running in second place when I had technical problems, these things happen, and you have to go on always thinking about your future. Although karting is my first love, it’s only a chapter in my career. In Angerville I was faced with the decision to race in formula. Who can turn it down?

What’s the most important advice you were given in karting?
The most important advice, which is valid in every category I believe, is to commit 100% when overtaking. I used to put half kart inside and my mechanic at Maranello Euan Jeffery told me not to hesitate, to stick the kart in when the door is open especially at the first corner. Funny enough, I happened to think about it even in my last race in Abu Dhabi. I made a mistake on starting grid and I had to start from the pits, so I had to overtake many cars and Euan’s advice worked just fine.

What advice can you give to karters who share you 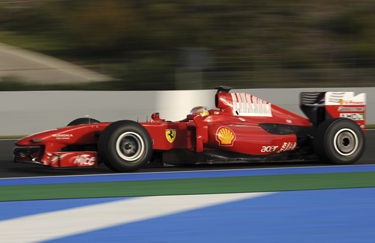 r dream?
You need to always believe you can make it, and be prepared to work hard, very hard to achieve your goal.

You have already one foot in La Rossa, as you did very well in your December test with the Scuderia in Jerez...
Well, I prefer not to think about it. It’s been a great opportunity from which I learned a lot, but I must concentrate on my GP2 season, an essential step if I want to have any chance to get there in the future.