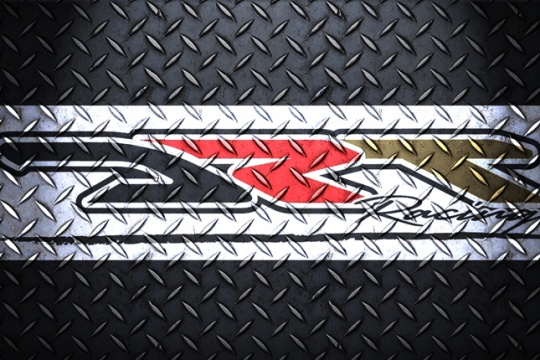 Press Release by: DRT Racing
United States DR Racing Kart team set for full year of national and regional competition.
HUDSON, NEW HAMPSHIRE (March 3, 2015) – The DR Racing Kart is among the sport’s rising brands around the world, and in the United States as well. North American chassis importer and team DRT Racing enjoys its strong and close relationship with the Italian operation, and continues to develop a growing list of dealers and racers committed to the DR Racing Kart. With the 2015 season now underway in the warmer areas of the country, the New Hampshire-based operation is laying out the plans for their busy summer season, which will include a number of high profile events and supporting the expanding number of DR Racing Kart drivers.

“Our program grew in 2014, and our list of wins and championships did as well,” stated DRT Racing owner Don Guilbeault. “The development and relationship with DR Racing Kart and Danilo Rossi continues to flourish. We have Daniel Formal set for the full season in 2015 aboard the DR Racing Kart. He is showing well at the Florida Winter Tour in the DD2 division, winning this past weekend in Orlando against Formula One driver Rubens Barrichello, five-time world karting champion Davide Fore and other top drivers in the sport. We expect him to be among the top drivers nationally in shifterkart competition in 2015. Of course, the work of long-time drivers such as Josh Lane, Chris Jennings, the Finley family and many others have helped us to get to this point. The 2015 season is looking to be a busy one, but a very successful one at that, for DR Racing Kart and DRT Racing.”

A major focus of the DRT Racing program in 2015 will be the Superkarts! USA Pro Tour. A longtime supporter of the series, DR Racing Karts have been very successful throughout the five-year history of the shifterkart and TaG focused program. DRT Racing is set to contend the full 2015 Pro Tour schedule, including the SpringNationals on May 1-3 in Phoenix, the SummerNationals on July 24-26 in Indiana, and the SuperNationals XIX on November 18-22 in Las Vegas. The operation is going to be providing ‘Arrive and Drive’ packages in both Stock Honda and the TaG categories for all age ranges. In addition, DRT Racing is opening up its services for any driver of any brand, wishing to take advantage of kart transportation, tent space, and other amenities for these three events.

“Trying to compete in a true national championship program can be costly and time consuming,” added Guilbeault. “I have talked to a number of drivers who may not have the support for travel and tent space at events this season, and we are welcoming anyone who needs a place to pit, or someone who needs help transporting their equipment from one race to another. While we are very competitive, karting is still a very small community that we consider family.”

One racing series that has experienced impressive growth over the last few seasons is the Northeast Shifter Series. The program developed by racers for racers has been attracting a number of top drivers to the area, and DRT Racing showed their full support with trackside service at all the events in 2014. The same effort is planned for 2015, with a seven-race calendar: GoPro Motorplex (April 10-11), Summit Point Raceway (May 2-3), Old Bridge Township Raceway Park (May 22-23), Oakland Valley Race Park (June 26-27), Pittsburgh International Race Complex (July 17-18), F1 Outdoors (August 14-15), and New Jersey Motorsports Park (September 18-20). DRT Racing and DR Racing Kart drivers finished first in the KZ standings, along with sweeping the top-three spots in the Stock Moto championship. The Gearup Challenge F-Series program, focused around the TaG categories, competes at the same locations in 2015, so DRT Racing is offering shifterkart and TaG ‘Arrive and Drive’ programs for all these events.

The DR Racing Kart has established a strong following in the World Karting Association National Road Racing Series as well, earning a number of victories and championships over the last few seasons. DRT Racing is once again supporting the unique discipline of karting, attending events in 2015 to provide DR Racing Kart competitors with trackside support, and ‘Arrive and Drive’ packages available as well. DR Racing Kart won the Stock Honda category both days at the WKA Daytona KartWeek event between Christmas and New Year’s, kicking off the new season with success. DRT Racing’s own Tyler Guilbeault led a top-nine sweep of Stock Honda for DR Racing Kart on the opening day of competition, signaling the start of a winning year for DRT Racing.

This weekend is the Lone Star Grand Prix in Lockhart, Texas (March 6-8). A large presence of DR Racing Karts will be on hand, including the DRT Racing hauler providing trackside support for this unique Texas street race.

For more information, or to become part of the growing DR Racing Kart chassis dealer network, email info@drt-racing.com, phone 423-538-3838 or find them on Facebook. 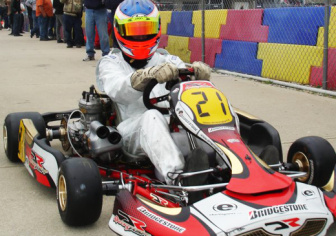