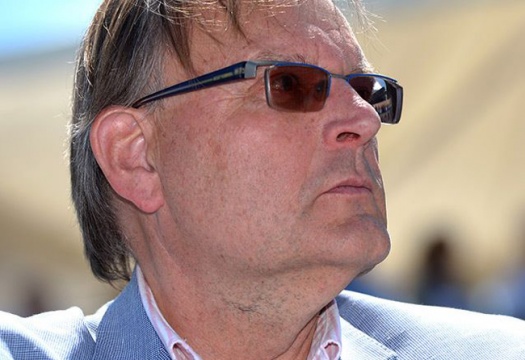 Press Release by: FIA Karting
The CIK-FIA Vice President, Kees Van de Grint, was at Lonato for the 20th Winter Cup and even presented the trophies to the winners.
Then he graciously agreed to talk openly to Kartcom. Here is a summary of his remarks.

"I had four good reasons to come to Lonato, not 40000 as mentioned on the race poster, but four good ones. Firstly, it is always a pleasure to come to South Garda Karting. I responded to an invitation from the Corberi family, who wanted to show me the improvements that they have made to the Lonato circuit. I must say that their efforts are significant.
"The Winter Cup is a great classic of karting which was celebrating its 20th edition this year, which is remarkable. It has always marked the start of the international season, including in 2015, and it is a tradition to which I am attached. I really wanted to see the reasons for this success for myself, because I am convinced that there is always something to learn from different organisations. The Winter Cup has a strong personality and I enjoyed this meeting where the intensity of the sport is demonstrated. Over 200 drivers, many true enthusiasts, a warm ambiance, and it reminded me of everything I have loved in karting for many years. It was fantastic!
"Finally, I saw the implementation of the new spoiler support, which is aimed at avoiding unsporting behaviour on the track, with my own eyes, which I had heard was successful in discouraging overly forceful passing during the previous two international races. Most opinions were positive about this new rule, but not all. So I wanted to judge for myself the validity of the criticisms that I have heard. I am quite satisfied with the important work by the Lonato commissioners who followed the specific rules issued by the CIK-FIA with great determination.
"I learned a lot from this experience. We are certainly on the right track and we will continue in this direction. The choice we have made is definitely positive. This system may not be perfect, but it is already very effective and we are open to any proposals to make it even better. We may have to reflect on the application of the penalties that punish bad behaviour.
"We have implemented this system for the benefit of karting. If the drivers would not push so much, we would not need to do it, or use the cameras to monitor them. But this is not the case, as we do not live in an ideal world with just noble men. The proof is that we have already had to deal with attempts to cheat attempts with the new spoilers. Fortunately, we have excellent technical commissioners, chief among them Marcello Sommera, who knows how to defeat these tendencies. My trip to Lonato has been as enjoyable as it was instructive."