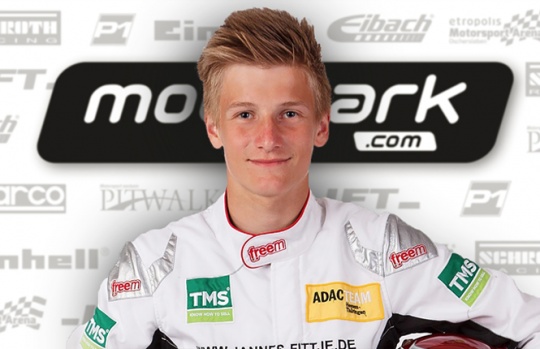 Fittje, a dedicated fan of Sebastian Vettel, has competed in domestic karting on various levels and is supported by the German automobile club, ADAC, through it’s young driver development program Stiftung Sport. He won the regional championship of his native state, Thurinigia, in 2014, and backed that up by finishing eighth in the Kart Junior World Championship in Essay/France. „We’ve been following his career ever since he won the Kart Masters on our home track, Oschersleben,“ says Timo Rumpfkeil, who runs Team Motopark from across the Oschersleben paddock. „He has shown his speed and kart control time and again, and he backed that impression up during our development and testing program in the past couple of months. We will do everything we can tob e successful together in Germany’s first ever Formula Four season.“
Jannes Fittje says: “Our first tests have shown that I’ve managed the transition from Karting to the Formula Four car quite well and the team and myself are working very well together, too. I’m grateful to Timo Rumpfkeil and Team Motopark for the faith and trust they’ve put in me and am looking forward to a lot of lessons learned in my maiden year in Formula Four.”