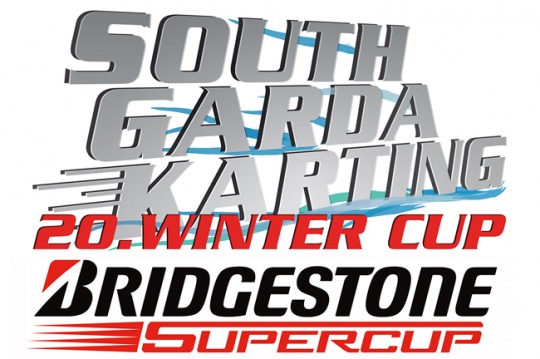 Press Release by: South Garda Karting (Lonato)
Level 243 drivers has been reached by the 20th Winter Cup and Bridgestone Supercup, race to be held next 19-22 February.
KF Junior increased the maximum number of entrants to 90. Several important late minutes entries. The list of the drivers entered in the 20th edition of the Winter Cup and Trophy Bridgestone Supercup to be held next 19-22 February 2015 are now defined with the four categories KZ2, KF, KF Junior and Mini Rok reaching a total of 243 drivers!

Reaching such a number of entrants was not a foregone conclusion, but allowing Mini Rok – category that has always had a lot of followers –  through to the Winter Cup for the first time and sharing the validity of the race with the new Trophy Bridgestone Supercup, that has a stellar money prize worth 40.000 Euros, has certainly increased the participation, in such a way to allow celebrations in style for the 20th edition of the main event of Lonato.

The maximum number of drivers accepted for each category has been increased to accommodate all the requests arrived so far, and KF Junior has been extended to 90 entrants.

Among the most recent entries, the Dutch driver Martijn Van Leeuwen of team CRG Keijser Racing in KF and the Russian Dmitrii Bogdanov of team Baby Race who will debut in KF Junior. Mauro Simoni will be racing with team Modena Kart in KZ2, then team CPB Sport will field Marco Zanchetta, the two French drivers Nicolas Gonzales and Paul Fontaine will line up on Alpha Karting, while the Italian Champion Giuseppe Fusco has been entered by team Baby Race on Tony Kart in Mini Rok.

The Winter Cup 2015 will also be valid for the new International Trophy Bridgestone Supercup. The two other rounds of the Trophy will take place in Lonato on 3-4 April (Friday and Saturday) and on10-11 October 2015.