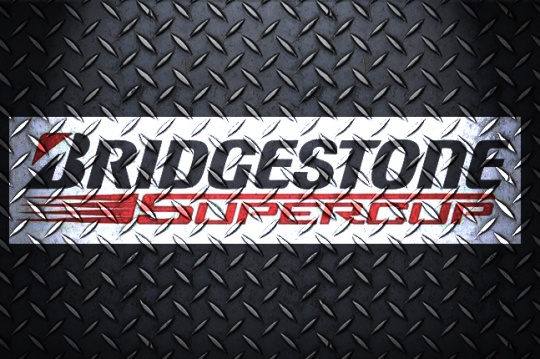 Press Release by: Vorton
The International Trophy that will take on three rounds, on the South Garda International Circuit in Lonato (ITA) is called Bridgestone Supercup.
Bridgestone Supercup’s introduction is in style, with a high-level format and a unique prize, amounting to 40,000 Euro, divided as follows: 30,000 Euro net* for cash prizes and the remaining 10,000 Euro will be given in technical material.
Categories admitted at the start of the three test sessions that will be held in February, April and October, will KZ2, KF, KFJ Mini Rok.
The first round of the Bridgestone Supercup is the prestigious Winter Cup (February 19th-22nd), one of the most important international competitions. So the drivers attending the 20th edition of the Winter Cup will also compete in the first round of the Bridgestone Supercup. The other two events of the Supercup will take place over two days of competition, April 3rd-4th (Friday and Saturday), and October 10th-11th.
Bridgestone Supercup is also terrific in the prize giving actually as already mentioned, the prizes are faithful to the name of the event, Super. The winner of KZ2 category will receive an allowance of 10.000 (ten thousand) Euro, the other winners will share 7.000 Euro (KF) and 5.000 Euro (KF Junior) and one Mini Rok engine (Mini Rok). But also drivers getting on the podium will not be disappointed; they will be offered other cash prizes and complimentary Bridgestone tires.
The race regulation provides for the allocation of increasing scores, which will be higher in the second and third round. Furthermore, additional scores will be given (for any race attended you will receive points) and only for the Mini Rok is allowed to take out the points of one round.
With this background, it is easy to imagine that the Bridgestone Supercup has all the requirements to become one of the most important trophies of European karting. 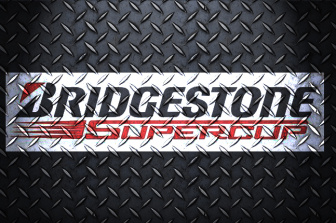 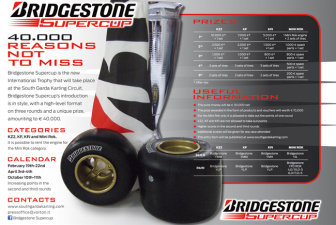 Bridgestone Supercup 238 drivers at the start