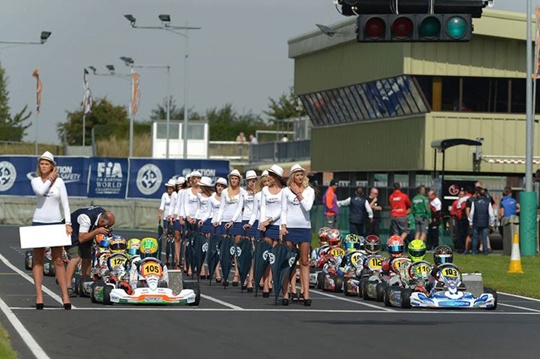 Press Release by: FIA Karting
The outcome of the CIK-FIA European KF and KF-Junior Championships will be revealed on 30th and 31st August on the 1382m British circuit of PF International in Grantham, Lincolnshire.

Before the last of the four Competitions of the European season, the positions are close at the top of the standings in both categories, especially as the dropped scores further complicate the predictions. Battles are usually fierce at the English track which features fast sections and others that are more twisty with kerbs to negotiate skillfully and weather to add to the expected suspense.

Ahmed under pressure in KF-Junior

Visit the PF International circuit from Thursday, August 28th and www.cikfia.com for detailed results and live timing of the Competition.