Author: Vroomkart International
What a fantastic end of season for Crg! Only few weeks after its top man in KZ1, Jonathan Thonon beat the competition to be crowned World Cup winner for the third time in a row, French talent Arnaud Kozlinski took the Macau track to his liking to finally become World Champion. After coming short from grabbing the world title twice in his career, Arnaud has at last managed to shake off what seemed to be a spell of eternal second, going down in history books as the first French driver to have won the most important title in karting. 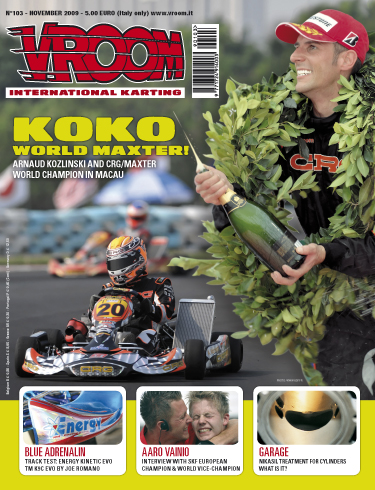 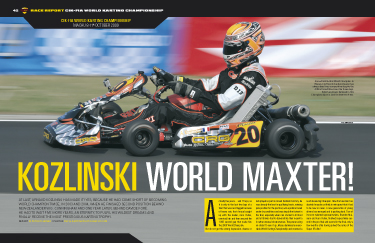 RACE REPORT – CIK-FIA World Championship   At last, Arnaud Kozlinski has made it! Yes, because he had come short of becoming World Champion twice, in 2003 and 2004, when he finished second position behind New-Zealander W.G. Cunningham and one year later, behind Davide Foré. He had to wait five more years, an eternity, to fulfil his wildest dreams and finally receive the most prestigious karting trophy. 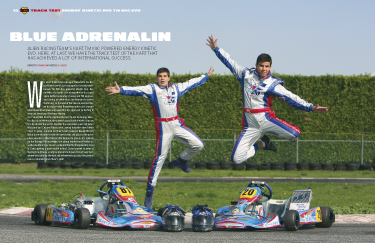 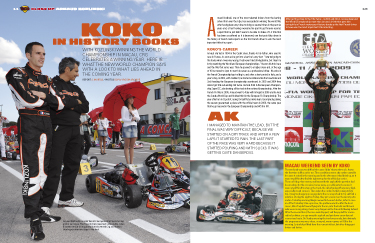 CLOSE UP - Arnaud Kozlinski   With Kozlinski winning the World Championship in Macau, Crg celebrates a winning year. Here is what the new World Champion says with a look to what lies ahead in the coming year. 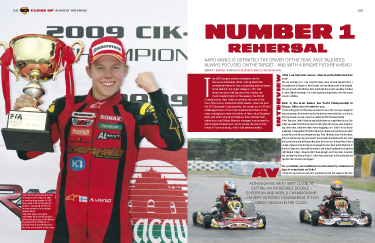 CLOSE UP - Aaro Vainio   Aaro Vainio is definitely the driver of the year. Fast, talented, always focused on the target... and with a bright future ahead! 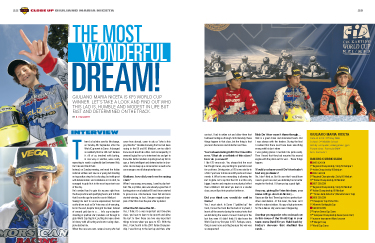 CLOSE UP - Giuliano Maria Niceta   Giuliano Maria Niceta is KF3 World Cup winner. Let’s take a look and find out who this lad is, humble and modest in life but fast and determined on the track.
From Karting To Motorbikes!   True that, right from the start motorcycling engines have been often mounted on karts, but it’s also true that several motorbikes have used kart engines. Here are a few examples. 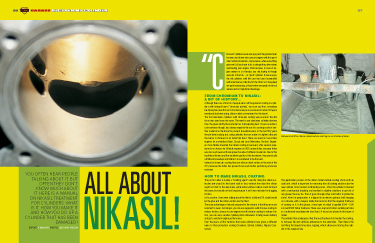 GARAGE - Recovering cylinder   You often hear people talking about it, but often they don’t know much about it. Here is a manual on Nikasil treatment for cylinders: what is it, how you make it and how you do up a cylinder that has been damaged! 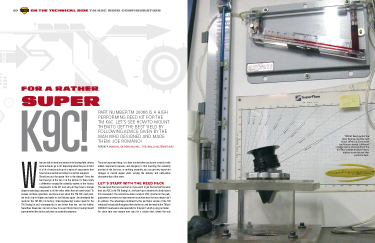 ON THE TECHNICAL SIDE - TM K9C reed configuration   Part number TM 20066 is a high performing reed kit for the TM K9C. Let’s see how to mount them to get the best yield by following advice given by the man who designed and made them: Joe Romano! 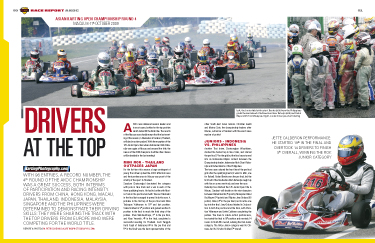 RACE REPORT – AKOC   With 96 entries, a record number, the 4th round of the AKOC championship was a great success, both in terms of participation and racing intensity. Drivers from China, Hong Kong, Macau, Japan, Thailand, Indonesia, Malaysia, Singapore and the Philippines were determined to demonstrate their driving skills: they were sharing the track with the top drivers from Europe who were competing for the world title. 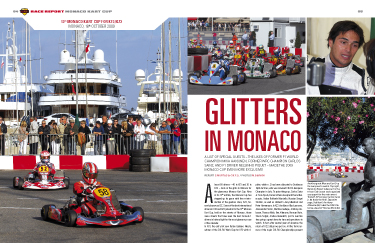 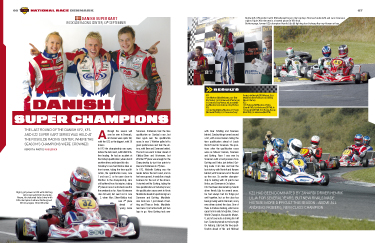 NATIONAL RACES   Serious business still going on at circuits from all around the world. Denmark crowns its national champions, all top level European drivers. From the United States, we feature the largest and most successful street race in the world, the Rock Island Grand Prix, now at its 15th edition. Germany was theatre of a great performance from one of the most successful drivers of all time, Michael Schumacher, at the DMV Gold Cup. Plus Spanish national racing action from Alcaniz; Poland national championship last round; and Copa do Brasil from across the ocean.


COLUMNS – Mondokart   We open up the news section going through Energy Corse brilliant European season. The Motorsport Expotech in Modena (I) closed the doors of its 2nd very successful edition. The CIK announces the new CIK-FIA President, French Nicolas Deschaux, as well as the changes for the 2010 season.