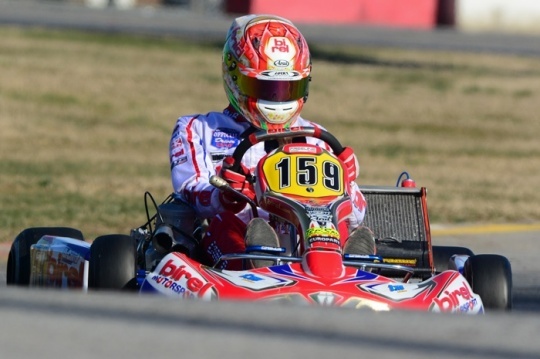 Press Release by: Birel Motorsport
The first stop in the WSK Super Master Series 2014 is the Naples International Circuit in Sarno (SA), Italy, which, over three close appointments will bring international karting to the most difficult Italian tracks.
The start of the new season will kick off next weekend, when the 1699 metres of the Campania course will bear witness to teams and drivers from all over the world. Once more, the WSK paddock will be filled, given that the number of registered drivers has reached over 200, split into KZ2, KF, KF Junior and 60 Mini categories.

Among them will be Birel Motorsport, who will be taking part in the KZ class with Paolo De Conto, Menno Paauwe and Jan Midrla. Many will be keeping an eye on Paolo in particular after his excellent start to the season with two wins in the DD2 Rotax series in Ocala (Florida) and in the Lonato Winter Cup.

In the KF class we have Stefano Cucco, who demonstrated his driving skills in the Winter Cup, while Birel's new driver, Chaimongkol Sasakorn, will also be taking part. Meanwhile, the young Gabriel Sereia will be participating in the KF Junior class.

The entire final next Sunday will be streamed live from our official website, www.wsk.it
RAI Sport will be showing recorded highlights from the finals the following week, followed on Friday 28th March with a special, in-depth programme.