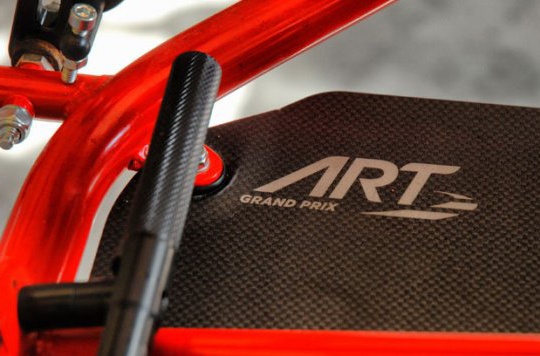 Press Release by: Art Grand Prix
Two brilliant performances for ART Grand Prix Rotax Team at the BNL Rotax Max Challenge kick off in Genk (B) and the Italian Rotax Max Challenge in Lonato (I) spark off the beginning of what is set to be a successful season.
ART Grand Prix Rotax Team, the official team in the Rotax categories managed by Lorenzo Balzan, set the pace at the BNL Rotax Max Challenge and Italian Rotax Max Challenge with two strong performances, highlighting yet again the quality and versatility of ART Grand Prix chassis.
In Lonato, local star Alex Beggi dominated the DD2 qualifying practice by stopping the fastest lap (44”631). The Italian driver continued in dominant mode by grabbing the win both in prefinal and final, virtually unchallenged, also stopping the fastest lap of the race in both races. In the Senior category, with a full grid of 32 entries, Riccardo Alberti could not show his full potential as he found traffic during his qualifying attempt and had to settle for 9th fastest. In the prefinal, Alberti managed to move up from 9th to 4th with a superb driving always lapping with the fastest, but in the final he was out in the early stages of the final while fighting for the lead. Overall a very positive weekend in Lonato, which bodes well for the next round at Ala on 30th March.
In Genk, Belgian star Xen de Ruwe showed his top form in DD2 at the BNL Series opener. After stopping the 2nd fastest time in qualifying with 53”897, ART Grand Prix Rotax Team standard bearer retained 2nd in Final 1 after fighting for the win for the entire 18 laps. Unfortunately, post race tech checks found a technical non-conformity, and Xen was DQ as a result. Final 2 saw his revenge, with the Belgian determined to leave a mark. Making full use of his experience, and very well supported by the fast ART Grand Prix chassis, de Ruwe moved up to the top 3 on lap 6 after starting from the back of the grid, and clinched the lead two laps later never looking back. A fantastic victory that will be very useful in the 4-round series.
ART Grand Prix Rotax Team next races
30/03 - Italian Rotax Max Challenge Rnd.2, Ala
06/04 – Rotax Euro Challenge Rnd.1, Genk (BEL)