Author: Vroomkart International
As already mentioned in previous articles, we’re in the midst of a firm standing concerning the decision of important manufacturing enterprises in favour of the WSK instead of the Open. The official report regarding Birel, CRG and Tony are now available. Great results for Luca De Donno’s WSK; Luca is the organiser of the WSK championship, now at its third edition and gets the approval of international manufacturers.

As already mentioned in previous articles, we’re in the midst of a firm standing concerning the decision of important manufacturing enterprises in favour of the WSK instead of the Open. The official report regarding Birel, CRG and Tony are now available. Great results for Luca De Nonno’s WSK; Luca is the organiser of the WSK championship, now at its third edition and gets the approval of international manufacturers. The reason behind the decision of the three firms, starting from the scenario regarding the series and the importance of the series as a test bench for the forthcoming titled events, which in part will be hosted on the same tracks of the international Cik-Fia circuit. Another thing that goes in favour of the WSK is the willingness on behalf of the organiser, together with the manufacturers, to mount Bridgestone, Dunlop and Vega, while this is not allowed for the Open.

Crg assures its commitment to WSK 2008
In the light of the experience of the season that has just passed in the International WSK, CRG has decided that this will be the only international series, obviously, apart from the CIK-FIA titled events, in which it will be officially engaged.
The decision was taken on the field: in fact the hard work carried out by WSK promoter, put on a brilliant show for the series, even television coverage, which promoted karting both on a national and international scale, increasing the number of fans and new potential clients.
Furthermore, during this first season, collaboration between promoter and manufacturers has made it possible to improve regulations, which is all for the good of the show and drivers. In fact, this open mindedness has been one of the reasons as to why CRG and the enterprises connected with it, has focused its attention on this particular international series, a series that apart from the three races set up in Italy, also has three events scheduled elsewhere in Europe in 2008.
Other manufacturers are keeping a close eye on the WSK and this can only benefit this series, but karting in general. Far too often this reality has been managed by people who have hardly anything to do with the sport personally, but more important, are far from the initial early karting spirit, the same that has given karting worldwide recognition. 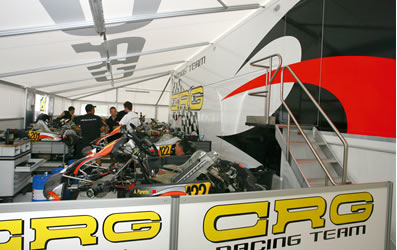 Birel joins WKS series 2008
Birel makes its bond to the Series International WSK 2008 official. The decision has also been suggested by external teams and brands connected with it, with the aim of supporting and underlining the importance of an international even that is expected to improve and promote top level karting more efficiently. The aim is to increase the image of our sport through important racing events held on the largest European markets. Furthermore, Birel will be actively collaborating with the organisation of the Series (WSK Luca De Nonno Promotion), necessary for improving Technical and Sports Regulations. On this point, for example, there will be gradual experiments with the new sports arrangement, something that should make kart racing easier to understand for those not actually involved in the sport. Birel management hopes that more manufacturers will opt for this decision; their wish is, in fact, to build up a practical racing event that suits the needs of karting, sharing decisions and ideas that strengthen the sector of all those involved, as to give more authority and interest. 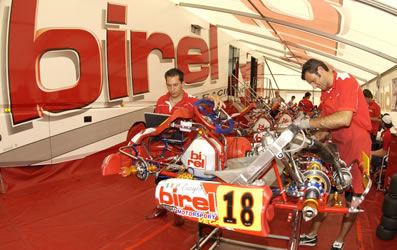 Tony Kart Racing announces its decision to take part in the International WSK Series for the 2008 season
Tony Kart Racing Team has decided to take part in the International WSK series after having carefully studied the sport and promotional opportunities that the championship offers. The WSK has technical-sports regulations that makes it possible for us to support an important test also in view of the Cik-Fia titled races to be held, in part, on the same tracks as Series rounds are.
In addition, the constant presence of Tony Kart Racing at important European circuits will strengthen collaboration with our sports partners, being able to give them direct support on the field.
Tony Kart Racing Team will be called by Organisers to give an active contribution to the growth of the Series, with experience and staff at hand readily available, so as to develop projects that will make the fantastic show that karting can offer more appetising to the general public.
In view of these positive aspects, Tony Kart Racing is happy to collaborate with the International WSK Series, where prospective work synergy, with more experts to create a production flywheel to make our sport grow, can be built up. 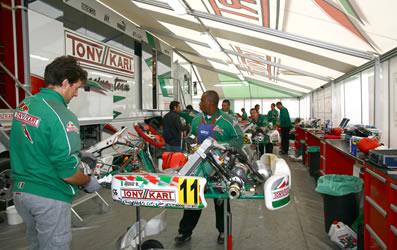