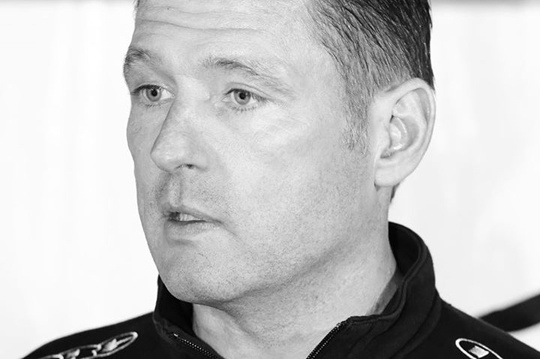 Press Release by: FIA Karting
For the Verstappens competition is in the blood. The double European Champion in 1989, Jos had successes in cars before racing in 107 Grand Prix in Formula 1.

In 2008, he won in endurance racing, the Le Mans Series and the 24 Hours of Le Mans in LMP2. The adventure he has had accompanying the brilliant career of his son Max in karting has been out of the ordinary.

"It all started when Max was four years old," says Jos Verstappen. "We always talked about competition at home. I was often at races and I remember he insisted often that he wanted to race karts. I've never forced him, rather I yielded to his urgent request! I'm glad he had that desire, but I really invested in his career when I realized he was gifted. Otherwise, we would have just participated in national races for fun. Today I must admit that Max's wins give me more satisfaction than my own and I am very proud that he succeeds more than me!

"At the beginning of a driver's career, it is important that they are shown the right direction. It is good that I could help Max with this through my experience and it has benefited him so far. 2013 has been a fantastic season, we cannot ask for more! I am occupied a lot with karting. For race strategy selection, and advice, I have always participated in the development of his equipment and I prepared his KZ engines. I have also been the taxi lately! It must be different for parents who are not as involved in the racing, but it has been an extraordinary time with my son, believe me!

"It is often said that Max was traveling a lot for testing and that is why he was in front. This is not reality. He could test once or twice a week, or just as likely wait three weeks before going on a circuit. The question is whether he feels good with his equipment. We do more testing early in the season to prepare for everything, but then we have to find the right balance. I think it is not good to drive too much.

"I would of course like to see him in cars next year. I would keep an eye on Max's career, but it is now up to him to do the work! I may stay in karting to take care of a driver, provided there is a good talent to develop. Aiming for victory is all that interests me."