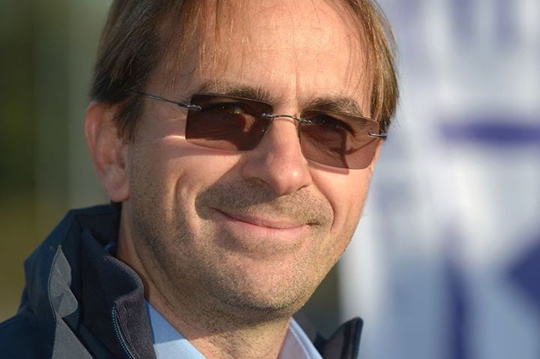 Press Release by: FIA Karting
IAME is the world leader in the production of racing kart engines.

Heir to a long history from the origins of the sport, and launched in 1968 as a result of the union between Komet and Parilla, the Italian brand is present in most global markets for engines from the youngest to 125cc gearbox including X30 and the KF classes. They are one of the major players in the discipline.

Andrea Bossaglia, Technical Director, describes his vision of karting in 2013.

"We are currently experiencing a difficult overall economic situation in many countries. This is the main reason for the decrease in entries in most categories. Paradoxically, KF engines from the new homologation have a high level of reliability and thus have become financially more affordable to use. But the development period required for this type of relatively complex mechanical equipment gave them a bad reputation since the launch in 2007. The teams also had to get used to other constraints such as wiring harness, connectors, an exhaust valve in KF2 ... Today, the KF is very reliable, I repeat, and it is ultimately cheaper to use than the old 100cc.

"Since the crisis in 100cc in 2002-2003 and during the maturation of KF, one-make series have proliferated in response to customer demand by being both more economical and easier to use. They are attractive for the majority of drivers and events have also been implemented successfully. I think it would now be difficult to go back for most licensees. At the same time, regulatory stability and the relative simplicity of the KZ have allowed them to thrive in several countries as well as internationally. IAME has created its own KZ engines.

"For the IAME factory, the top level remains an important element in terms of technical development and branding. That is why we are investing in the CIK-FIA classes, KF and KF-Junior, to win the most prestigious titles. But I must admit that direct profitability is difficult to find. Projects to simplify future KF engines started by the CIK-FIA are going in the right direction to try to attract more drivers to these categories. It is also interesting that the new engines are clearly distinguished from the one-makes in terms of performance so as to be even more attractive products.

"Like other sectors, karting needs more favourable conditions to find more participants. A good strategy for the Mini and Junior categories, accessible and reliable, should allow federations to strengthen the base of competitors in each country. Regulatory stability is an essential element in fostering the rise of more drivers at the top of the pyramid. In terms of racing, it doesn't seem favourable to championships over several events. It is easier to attract drivers to a single event."