Author: Vroomkart International
Few days before the World Cup in Sarno, Joe Romano unveils who among the engine manufacturers is the favourite for the win

Everything is ready for the KZ1 World Cup in Sarno, at the feet of the Vesuvio volcano. We’re all very curious to see who will win it this time, and though it’s not an easy task, everyone is ready to throw a name. 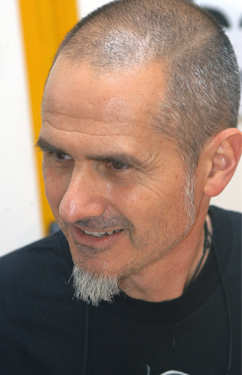 Joe Romano, one of the most brilliant and famous engine tuners in the world, for his pick… and we were not disappointed. Joe lives few miles away from the circuit in Sarno and several drivers with great chances to grab the World Cup title will race with ‘his’ engines. Let’s see with Joe’s assistance which is the engine likely to win this epic battle.

Joe, how important will the track configuration be for the final victory?
Your question is spot on: the track configuration in this specific case is indeed important. Without taking in consideration the fast S you do at full speed, the home-straight is roughly 400 meters long, one of the longest – if not the longest – at international level.
How important will this be for one’s final victory chances?
Very important, though not decisive.
A good engine makes the difference, but I think those four tubes welded together we call chassis are way too important! If you have problems finding good speed in the last corner that puts you on the home-straight, a super-engine is utterly useless. This is obvious!
In recent times, many people accused few engine tuners of not respecting the homologation fiche. But no one actually considered whether the problem came as a result of a better chassis set up that made the difference, instead of the engine. Don’t forget that 3-4 km/h more in the last corner represent a great advantage for the final straight that follows. This is the reason why a top engine cannot make a difference if all the equipment is not at its full potential!

Taking in consideration the last 400 meters straight, which is the engine that according to your experience will make the difference?
Well, if we are to give great importance to the ‘400 meters straight’ factor, it’s surely the Maxter, which has always had an edge over the others, mainly in terms of performance at high revs… it’s always been an engine with an edge on long straights.
Certainly, other components being equally performing on all karts, in that particular stretch of track the Maxter will have an advantage on the two other title contenders, which are of course TM and Vortex.
But let’s not forget that Sarno is 1,700 meters long, and the 400 meters straight represents only 25% of the total length of the circuit. Hence, a big advantage on the home-straight will be important, yet not decisive. In fact, as things stand today, TM and Vortex can surely count on their characteristic brilliant performance in the technical part of the circuit. I believe the win will go to the best driver/chassis/engine/tyres, like always afterall…

Which are the distinctive technical elements of these three engines that make the difference?
There isn’t a single parameter that speaks of the differences, but a series of factors like the volume of the carter pump, reed valve placement, conformation of lights. All these parameters drastically influence the characteristics of the power output of an engine. The Maxter engine has for instance a slightly bigger carter pump than that of Vortex and TM. With this element alone it’s obvious you have an advantage in long stretches and perform better at high revs.
With a smaller carter volume instead you usually perform better at low and medium revs, giving away something at high revs…
All in all, it’s about your equipment as a whole, the thermic package, the crank gear carter and all other components that make a difference! 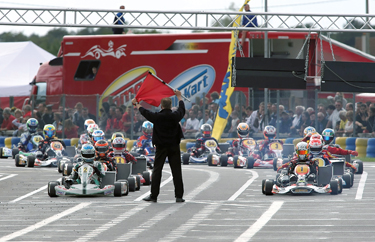