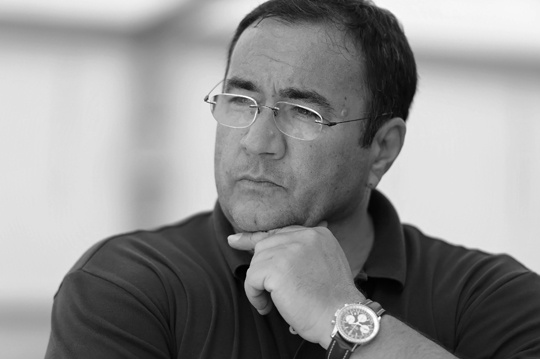 Press Release by: CRG
Satisfaction for all CRG drivers on track in 2013. Commitment confirmed for CIK-FIA, WSK and Rotax Championships in 2014. Some words also on the incident involving Max Verstappen in the last round of the World Championship. KZ as the most suitable category for youngsters eying a move to racing cars.
The 2013 finale ended a golden season for CRG and his Racing Team, a fantastic racing year sprinkled with an impressive streak of International titles and victories in all the most important appointments, from World to European Championships, to WSK Series.

CRG's chassis turned out to be the most performing chassis in almost all categories, and sometimes it showed such a clear superiority that allowed it to dominate the contest with the rivals. The 15 years old Dutch driver Max Verstappen enriched CRG's prize list with the victory in the KZ World Championship, the two European titles of KZ and KF, the triumphs in WSK Euro Series KZ1 and WSK Master Series KZ2.

CRG lived a lot of exciting moments in the past season, as the one-two-three in qualifying of the KZ European Championship in Wackersdorf, with Jorrit Pex, Max Verstappen and Davide Forè, and the other one-two-three in Genk's qualifying, this time with Max Verstappen, Jorrit Pex and Jordon Lennox-Lamb, or that scored in the qualifying of the KZ World Championship by Davide Forè, Felice Tiene and Max Verstappen, that was followed by a double podium with Jordon Lennox-Lamb closing on the third step of the podium behind the winner Verstappen. Another success for Tinini Group was scored by Tom Joyner, on Zanardi chassis made by CRG, in the KF World Championship where he put in a crescendo of performances as did his team mate Lance Stroll, especially after the adoption of the TM engine unit prepared by GFR Engines of the Scott Gordon Finlayson. CRG is very proud of this impressive streak of high level performances.

INTERVIEW TO GIANCARLO TININI
“Over the years we have had great seasons - said Giancarlo Tinini, CRG President – but 2013 has been a really good season for us. Beyond the titles won, we have always been competitive in all the categories, with the only exception of KF Junior due to a technical decision that turned out to be wrong. All our drivers had a good season, but we could have done something more in KF and KF Junior where we count on improving starting from 2014. I am really happy on the results we got and I am glad of Max Verstappen's move to motor-sport after such an exceptional season. I am certain that his record season will remain in the history of karting. We will bet again on the same categories in 2014 with the objective of winning also in KF Junior and Rotax, where we already announced our participation in the International Championships.”

- The upcoming season will bring some regulation changes...
“Things won't change much in terms of number of races, but, in such a tough economic period, I agree with the choice of reducing by one day the time on track and with the reduction of entering fees as well as on tires limitation. Costs will not be cut by much, but these are all solutions that can lighten a bit racing costs and meet drivers' requests.”
- The title of Tom Joyner at the end of 2013 brought the success to Tinini Group but what went missing was the icing on the cake for Max Verstappen...
“Everyone knows the value of Max Verstappen, I believe that no one can say he won as much at his age. This excess of power brought a bit of jealousy and envy with it, but the cheap attacks after the incident in 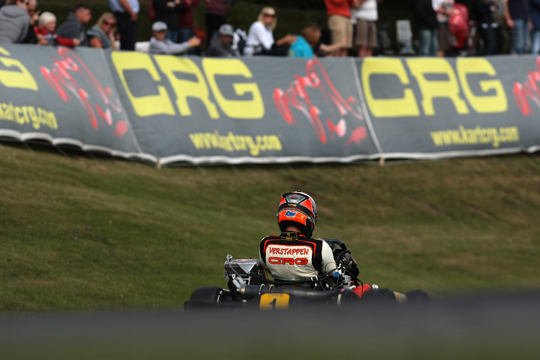 Bahrain is what annoyed me the most. The truth is that Max had a technical problem in Bahrain and we do not know if it could have been sorted in a couple of laps or not, but after being pricked several times from behind he tried to defend himself keeping his line. I think that he was 90% right. Unbiased observers know how racing is and, moreover, Max had been hit on his rear wheel, but this does not count now. What counts is what Max won and left to karting, we can leave all the rest to the “poor” in victories and racing spirit.. I am very happy anyway on Tom Joyner's result. He had a technical problem in the first round at PFI when he was holding the second position. Tom is the same driver that came second in last year's World Championship held in Macau, after winning all the last four finals, therefore he truly deserved the title this year.”

- CRG says now goodbye to Max Verstappen, who is ready to move to cars...
“I wish him all the best. Max is a very talented driver that has important qualities that very few have, like spontaneity. He still has fun, he has always been playful and funny with the guys in the team. I have seen big champions, with half of the championships won by Max, being way too cocky. His spontaneity gets to people, he does not criticize. Even after the incident in Bahrain he did not criticize anybody nor felt sorry for himself. It happened and that was it.”

- CRG drivers help each other to deliver, is group spirit a strength of the team?
“Generally, a lot of drivers believe that team mates are the first rivals. I dismissed all the drivers with that belief. The word team has a simple truth in it: group, collaboration and collective efforts towards a common goal. Collaboration is the nice thing that can be found under our tent where one can see youngsters chatting with each other, exchanging ideas and thoughts. Faster drivers want to give team mates the chance to find the solution to get closer. This is very nice, it is good to make kids grow with this concept in mind. When they will move to racing cars they will have the attitude necessary to make progress.”

- KZ has always been an ace up CRG's sleeve. But recently this category has become the most interesting indeed...
“I have been saying that there is one category too many in karting for a while now, and this is KF2, which can be considered as an “elderly category”. Drivers having the ambition to aim to formula cars have to move from KF Junior to KZ, because KZ is a replica of what it is like on racing cars in terms of driving style, overtaking, corner shifting, breaking on a single pedal and so on, so forth. Whoever wishes to move to car racing has to make a direct jump from Junior to KZ. Even experienced racing drivers come back to KZ because this is a category that allows the best training. The lowering of drivers age that we are experiencing in KZ is mainly due to this. There is no point in wasting time in KF.”

- Following Verstappen and Thonon's depatures, who is CRG going to bet on?
“We will stick with our drivers, Felice Tiene and Jordon Lennox-Lamb, Alex Palou Montalbo and Pedro Hiltbrand, and then to some other youngsters for the KF Junior campaign.”

- How is karting reacting to the economic downturn that has also hit motorsport?
“Honestly I do not see anything new or particularly good for the future. I hope to be wrong, but I am not that optimistic about a trend drift. In karting, the crisis has mainly affected Europe, while it has been felt a little less in the rest of the world. Obviously, the political choice made a while back did pay off for European karting, while regulations specific for each country are giving positive results
in the rest of the world. Perhaps, a bit of self-criticism at the European level would be good instead of making generalizations. Karting should be much simpler”.

- Are you satisfied with the first season of CIK-FIA and WSK Championships promoted by WSK Promotion?
“I would say that the agreement between CIK-FIA and WSK Promotion turned out to be very positive and its impact on the organizational view point has been evident. I hope WSK Promotion will be given the chance to intervene even more at the level of organization and regulation of the events. We have always been very happy about WSK races and we count of coming home from CIK-FIA races as happy too.”