Author: Vroomkart International
What a news! Robert Kubica will take part in the KZ1 World Cup. A very exciting, and welcome news we’ve just heard about.

The challenge of the Polish driver, which is by no means easy business considering its high difficulty level, shows his deep passion for karting, a true demonstration of gratefulness towards the sport that has given him so much in the early days of his outstanding racing career. 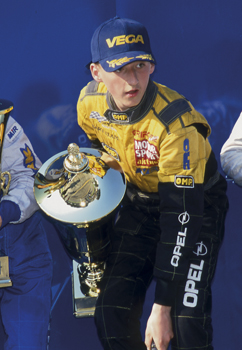 needs – and deserves – this kind of entries. Robert Kubica, class 1984, BMW Formula 1 driver, 2008 Canada Grand Prix winner in Montreal, will participate in the KZ1 World Cup to be held at the International Circuit of Naples in Sarno on 3-6 September. The challenge of the Polish driver, which is by no means easy business considering its high difficulty level, shows his deep passion for karting, a true demonstration of gratefulness towards the sport that has seen him among the protagonists between 1998 and 2000.

Over the years, Kubica has remained faithful to his first love, recently coming back with his own chassis line made by Birel. His participation to the World Cup is both a very important opportunity for the federation to publicize the sport, and for Robert himself who is definitely very determined to win this important title. Kubica in fact will race with his own RK chassis powered by TM, and will have to beat first and foremost the likes of Jonathan Thonon and Marco Ardigò, two of the most successful drivers in the gearbox category.

Single-seater
In 2001 he steps up to Formula racing, taking part in the Italian Formula Renault 2000 Championship; in 2002 he’s vice-champion, and in 2003 he moves up to F3 Euro Series where he scores some important victories also in the following season; in 2005 he’s World Series by Renault Champion and gets his first test in Formula 1; the following year he is BMW Sauber F1 Team Test Driver, makes his debut in the Hungarian Grand Prix, and gets his first F1 podium at the Italian Grand Prix in Monza; in 2008 he grabs his first win at the Canada Grand Prix winner in Montreal. 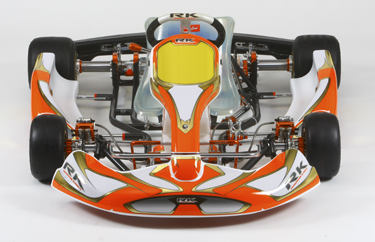