Author: Vroomkart International
The summer edition of the 2009 Rotax Euro Challenge (July 24-26) sees 150 drivers contesting the international event this weekend at the Global Assistance Racing Arena Ceská Lípa (CZ), where it took place last year for the first time.
Don’t miss the live coverage and IPTV program on www.kartworld.tv with all the action rundown and interviews to the weekend’s protagonists. 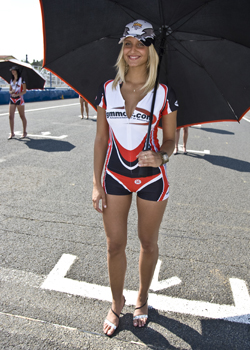 circuit, located approximately one hour north of the capital city of Prague, was a popular addition to the series in 2008 and with growing interest from Eastern Europe, brought the championship even closer to the karters.
Since the previous event, the complex has undergone further improvements with extensions to the paddock area and pitlane, as well as a new restaurant. Interestingly, the Autodrom Ceská Lípa is also a chosen venue for the European Championship KF3 qualifiers, World Championship Rallycross and international Supermotard events, which contribute to the livelihood of the fantastic facilities in supporting the future of Kartsport in Czech Republic.

Following the first two rounds of the Euro Challenge in Spain and France, the competition for the top of the points table is really close in every class. In Rotax DD2, new leader Maik Barten of the Netherlands is hoping to secure another podium for PDB Belgium/DFK in the 2-speed gearbox category. Both Senior and Junior Max classes are headed by the English Strawberry Racing pairing of Luke Varley and Josh Webster, while Frenchman Jerome Bourquard continues to lead the Max Masters, but only by a narrow margin at this stage of the season.

By this afternoon, the official qualifying practice will determine the pole-sitters for Saturday’s heat racing. However, the forecast is for unsettled weather that could likely make the outcome somewhat interesting. Those who fail to qualify through to the finals will have one last shot in the second chance races Sunday morning.

Live timing and results from every track session beginning July 24 can be found online at www.kart-data.com accompanied with live commentary coming direct from the event. Alternatively, follow the ‘Timing Live ‘link at www.rgmmc.com. As well as the lap-by-lap account of the third round, why not take a look at RGMMC.TV for more background stories, technical info and interviews throughout the weekend – www.kartworld.tv 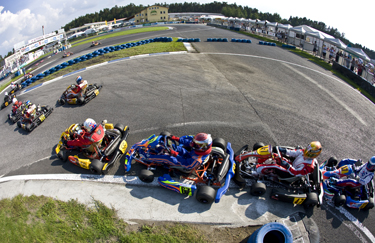