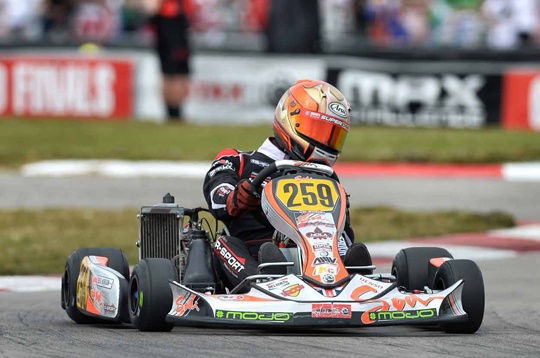 Press Release by: Sodi Kart
The Sodi brand and it’s famous kart was showcased at the prestigious Rotax World Finals in the United States. A partner in this global event for the fourth consecutive year, the biggest worldwide kart manufacturer provided excellent service. Sodikart gave the 72 drivers in Rotax Max Senior the opportunity to compete perfectly equally on the high-performance Sigma S2 chassis. A great spectacle resulted, with suspense over all three steps of the podium!
After the preparation of the equipment inside its ultra-modern factory, from the arrival in America until the return of the chassis after a week of exciting competition, more than ever Sodikart demonstrated a high level of rigor, skills and professionalism. «Our organization is perfectly honed. Before being shipped to Louisiana, the equipment was tested at the factory, then at the circuit, before being delivered to the drivers. The chassis were absolutely complete, which was not necessarily the case with other partners at the meeting. Then, throughout the week, our team didn’t stop issuing guidance to teams and assisting them. At Sodikart, this partnership with Rotax really represents something important, and we have made every effort to ensure that this happens in the best conditions.»
Sodikart and Rotax: Shared values
Year after year, the «Rotax Grand Finals» has become the most representative race at the World level, with 359 entries from 55 countries: a great showcase that allows Sodikart to highlight its brand image and reputation. In New Orleans, the Sigma S2 chassis - which achieved so much success in 2013 - has been praised by the competitors in terms of adaptability, performance, balance, ease of setup and versatility.
Despite a track 1531 meters long, many technical sections and sequences that are challenging for the equipment, extremely small differences were observed among the finalists in the category. This is the result of both the quality of the famous Rotax Max engine and the Sodikart expertise! The beautiful Nola Motorsport complex finally crowned the British driver Oliver Hodgson after an exciting duel with the Estonian Aavo Talvar. The suspense over third place lasted until the final bend, with six drivers covered by a second and a half at the chequered flag! The American Oliver Askew could not hide his joy at completing the podium.