Author: Vroomkart International
The fact that the international crises within the karting world didn’t depend only on the economic situation is something that we’ve been saying for a long time. At last, the CIK too has realised that there is no point in being sorry for yourself and continue along the same routes, which are inadequate, it’s time for action. And action it is, a decisive and interesting reaction: set up a new world karting championship!

A championship that will support those 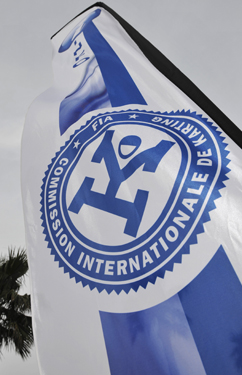 already existing, but for once it is not a pointless copy, on the contrary. Because if existing championships, like the KF1 World Championship, are “reserved” for official drivers and factory teams also as advanced technological experimenting test bench and top level racing, they’ve decided to bring about a system that will re-evaluate the driver’s role, especially those drivers who find (perhaps it’s better to say “used to find”) it a phase of learning more in order to continue their career into car racing. Let’s see how it will be developed.

In the meanwhile, the “new Championship” is open to drivers who are under the age of 18; therefore “senators” are excluded. Furthermore, it will be raced in three rounds, all scheduled for the summer months, that is when school is over. The technical regulations will be put down so as to underline driving skill and reduce costs: this way, they’ll head for a single supplier both for engines and tyres. As for chassis, the manufacturing variables will be less. To reduce costs it will be within a paddock, no more “mega-structures”, each competitor will be given an area, the same size for each, just like what happens for some finals of single make classes, where each one is under a standard sized gazebo. Level wise, a class will be set up for the younger drivers, a school where they can improve their driving skill and where they can become aware of various problems that could arise in motor sport racing. All this has already been approved by the FIA and is to start in 2010.

Whatsmore, they are programming, to back this new idea of a world championship with a new class based on more or less, the same idea of a lower class, assort of “Formula 2”for karting for younger drivers and with less experience. In this case they will be using single-make karts, chassis included. We think this is a good turnover for the entire karting field, and jot just for the “top level". In fact, we think that this formula can be very good for bringing out future champions, future Schumacher, Hamilton and Alonzo, who are now suffocated by older official drivers.

Furthermore, it at last introduces the idea that a pointless, expensive form of karting doesn’t take you very far; on the contrary it brings to a drop of image and dignity.

To conclude, we think (and hope) that this philosophy will spread on a national scale, and a new class, cheaper, but just as valid will start that will increase the number karters and as a consequence they will outdo (or at least reduce) the crisis.

Below, we include the full content of the press release issued by the CIK, with the interview to the CIK-FIA President Luigi Macaluso.