Author: Vroomkart International
This time, we asked the help of one of the greatest kart drivers ever, 1987 100cc World Champion Vincenzo Sospiri, for our comparative track test. Vincenzo tested for us the DR Kart Maxter KF2 and the late Ayrton Senna’s legendary Dap Dap 100 Super. Result: impossible to predict… but the show on track was spectacular, just like everyone expected!
In this issue, also find the interview to Jan Thiel, one of the greatest two-stroke geniuses ever, some practical tips on how to set up a KF engine, and lots of exciting race reports… 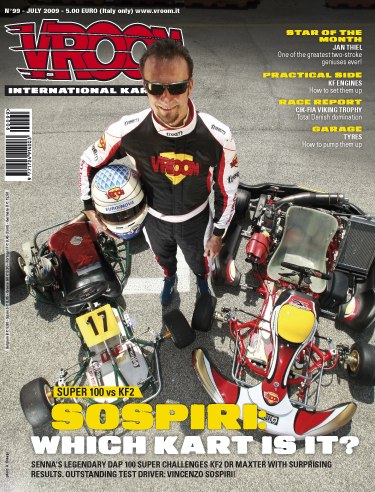 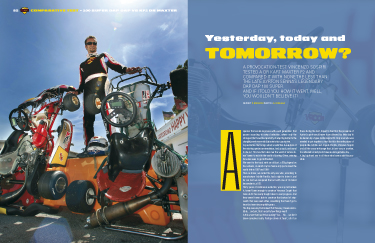 COMPARATIVE TEST – 100 Super Dap Dap vs KF2 DR Maxter   A provocation-test: Vincenzo Sospiri tested a DR Kart Maxter F2 and compared it with none the less than the late Ayrton Senna’s legendary Dap Dap 100 Super. And if I told you how it went, well, you wouldn’t believe it! 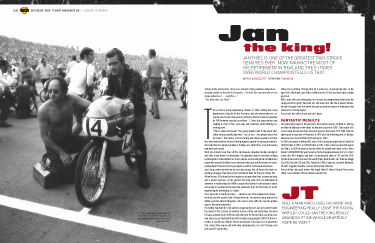 STAR OF THE MONTH - Jan Thiel   Jan Thiel is one of the greatest two-stroke geniuses ever. Now, making the most of his retirement in Thailand, the 51 times over world champion tells us that … 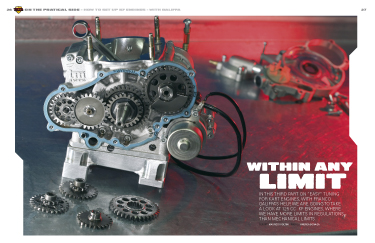 ON THE PRACTICAL SIDE - How to set up KF engines   In this third part on “easy” tuning for kart engines, with Franco Galiffa’s help, we are going to take a look at 125 cc  KF engines, where we have more limits in regulations than mechanical limits. 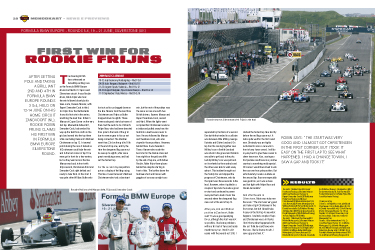 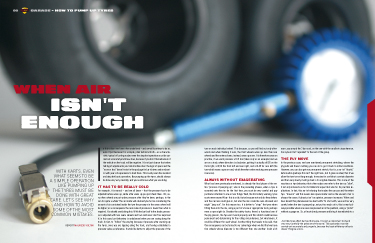 GARAGE - How to pump up tyres   With karts, even what seems to be a simple operation like pumping up the tyres must be done with great care. Let’s see why and how to avoid some of the most common mistakes. 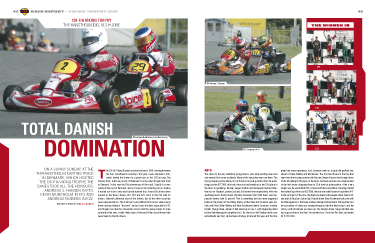 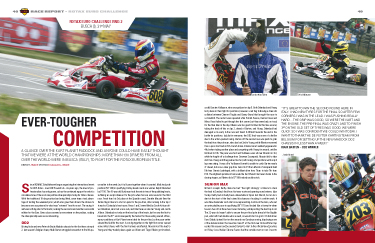 RACE REPORT – Rotax Euro Challenge   A glance over the Kart Planet paddock and anyone could have easily thought that we were at the World Championships: more than 130 drivers from all over the world were in Busca (Italy), to fight for the Rotax European title. 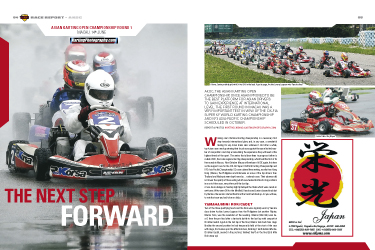 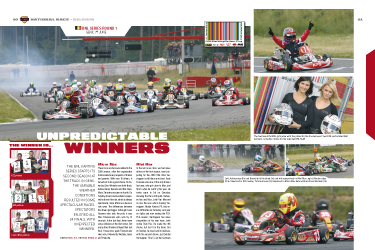 NATIONAL RACES   We start off with the first round of the BNL Series, reporting from the Belgian track in Genk: great racing, awful weather, and some unexpected winners. Our British correspondents report from Rowrah the third round of the MSA Super One Series; the German Championship stopped in Wackersdorf, where a few weeks later the KZ1-KZ2 European Championship would have been held. Also, a new series for younger drivers, Series XXI kicked off in Spain, as well as round 1 and 2 of the Polish championship. Leaving the European continent, CKI, the premiere series in the USA successfully closed its first round in New Castle, while the opening round of the Australian CIK Championship went in the books with good participation.


COLUMNS – Mondokart, August national and CIK calendars   Breaking news from the CIK: a new World Karting Championship, to support the existing one dedicated to official drivers and factory teams, has been set up to promote the sport with younger drivers. A new championship, open to drivers under the age of 18, with single supplier of engines and tyres, and restrictions for chassis components. The declared aim is to reduce the costs, and bring back karting to its roots.
Also, news from the 2nd Easykart European Grand Finals, to be hosted in Poland; and Superkart European Championship from Most. To end with August national and CIK calendar, with more than 45 events from 23 countries around the world.