Author: Vroomkart International
Time for a track test on different types of tyres. We compare 5” with 6” tyres in Lonato, to find out that the 6-inch, mounted on a KZ win with a “good” 1 second advantage! Also, this issue features the Suzuka World Cup for SKF, which after the demise of the first round of the European Championship, bewitches the top teams. The participation of all major factory teams, and the presence of top drivers from Europe and Japan ensured SKF success in Japan with some great racing action. 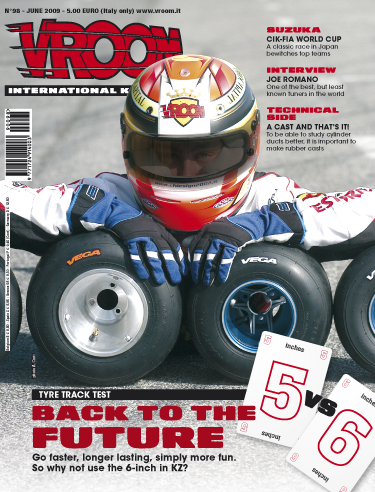 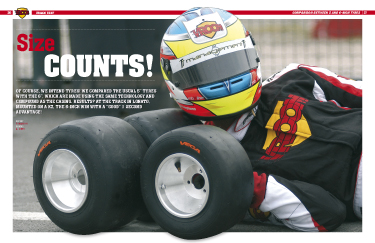 TRACK TEST - Comparison between 5 and 6-inch tyres   SIZE COUNTS! Of course, we intend tyres! We compared the usual 5” tyres with the 6”, which are made using the same technology and compound as the casing. Results? At the track in Lonato, mounted on a KZ, the 6-inch win with a “good” 1 second advantage! 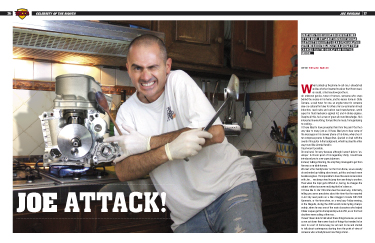 CELEBRITY OF THE MONTH – Joe Romano   What was to be an interview with one of the best, but least known of world karting turns out to be an open analysis with no hard feelings for a world that changes far too quickly and for the worse… 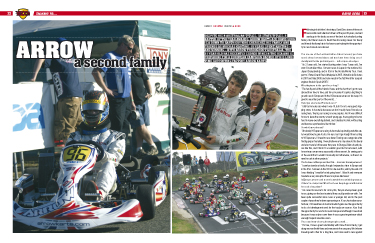 TALKING TO – David Sera   Despite his 8 Australian titles, 32 State titles, 2 Karter of the Year Awards, Arrow Karts ace David Sera is a down to earth guy who cherishes his family and friends as much as karting. 15 years spent karting – and winning – with Arrow throughout Australia, the 21 year old has recently scored wins in the USA and is preparing for a European campaign backed by his long time supporting factory Arrow Karts 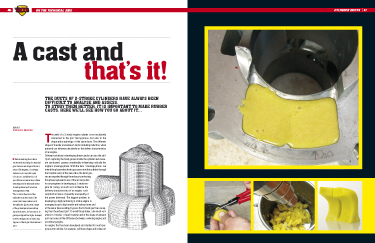 TECHNICAL SIDE – Cylinder ducts   The ducts of 2-stroke cylinders have always been difficult to analyse and assess. To study them better, it is important to make rubber casts. Here we’ll see how you go about it… 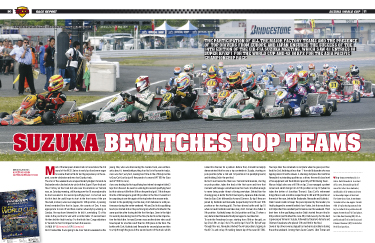 RACE REPORT – Suzuka World Cup   The participation of all the major factory teams and the presence of top drivers from Europe and Japan ensured the success of the 14th edition of the CIK-FIA Suzuka meeting, which saw 41 entries in Super KF/KF1 for the World Cup and 42 in KF2 for the Asia Pacific Championship race 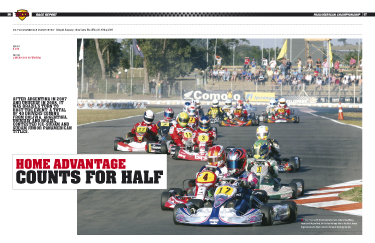 RACE REPORT – PanAmerican Championship   After Argentina in 2007 and Uruguay in 2008, it was Brazil’s turn to host the event. A total of 40 drivers coming from Bolivia, Argentina, Uruguay and Brazil, contested ICC-Sudam and Sudam Junior PanAmerican titles. 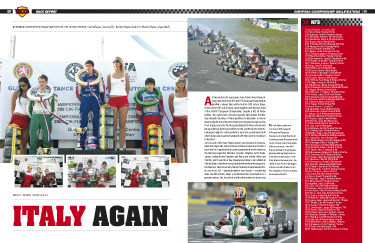 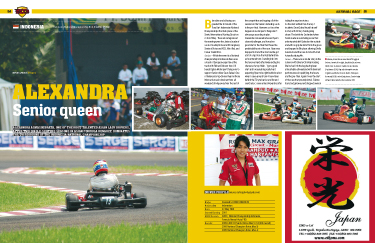 NATIONAL RACES   British Formula Kart Stars Championship opens this month’s National Races section… 5 pages dedicated to FKS action and protagonists! Also from England, MSA round 2 from Shenington report. The Belgian Championship ends in style, passing the ball to the second edition of the BNL Series. In Denmark, the first national champions of the season are crowned; Poland kicks off with the Easykart Cup. Rotax and Shifter Series racing from New Zealand; lady driver wins Round 3 of Indonesia Senior Championship; heated action in Uruguay season opening.