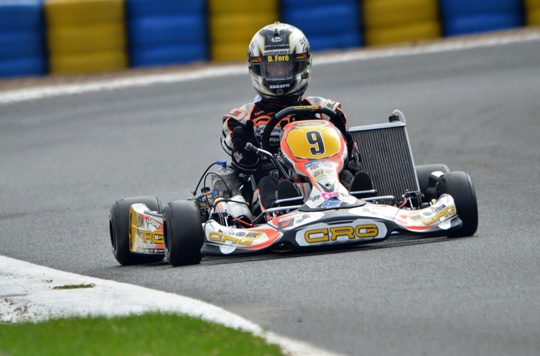 Great result for the experienced Crg driver who’s had a tough season so far, with his younger teammates having the better by and large.

In KZ2, French driver Arrue (Praga/Parilla) proved fastest in qualifying (52”486) with drivers divided in 3 groups. Light showers had a toll on the efforts of the second and third group, mixing up the field substantially.
So far 3 heats have been raced, with the win going to Midrla (Birel/Tm), Negro (DR/Tm) and Laurent (Tony Kart/Vortex)