Author: Vroomkart International
Despite a controversial opening of the European SKF Championship, deserted by most of the official racing teams, the racing action seen on track was exciting as ever. CIK Executive Secretary Vincent Caro sheds some light on the present and future of the championship.
In Spain it’s business as usual for an electrifying Rotax Euro Challenge opening. We also talked to BNL Series Boy Pijls, and two up and coming Formula BMW Europe drivers who topped karting standings not so long ago. Plus, a great bonus: Formula BMW Europe maxi poster! 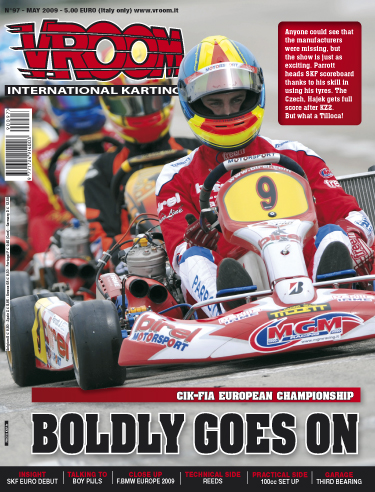 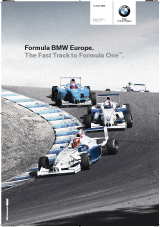 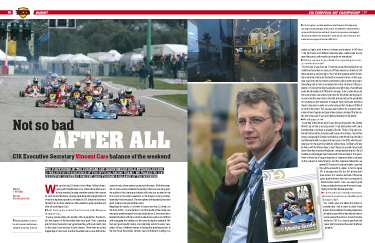 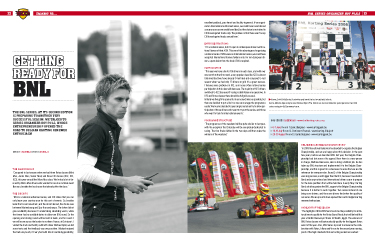 TALKING TO - BNL Series Organizer Boy Pijls   The BNL Series, at its second edition is preparing to another very successful season. We talked to series organizer Boy Pijls, whose entrepreneurship opened the road to Belgian karting renewed enthusiasm 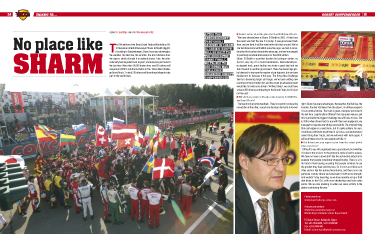 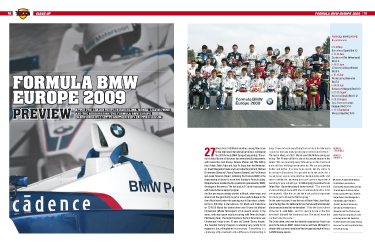 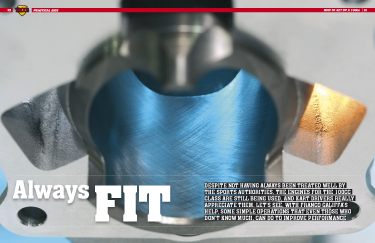 PRACTICAL SIDE - How to set up a 100cc   Despite not having always been treated well by the sports authorities, the engines for the 100cc class are still being used, and kart drivers really appreciate them. Let’s see, with Franco Galiffa’s help, some simple operations that even those who don’t know much, can do to improve performance 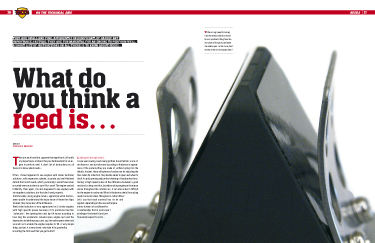 TECHNICAL SIDE – Reeds   They are small and fine, apparently insignificant, of hardly any importance; instead, they are fundamental for an engine to perform well. A short list of instructions on all there is to know about reeds… 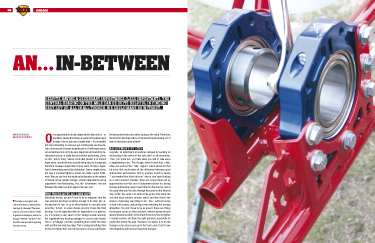 GARAGE – Third bearing   Despite having a secondary importance (less important), the central bearing on the axle can be quite helpful in finding best set up. All in all though, we could make do without. 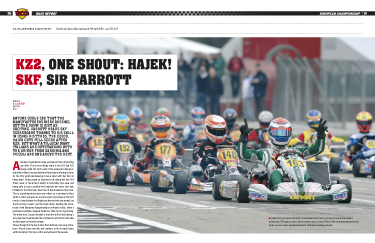 RACE REPORT – European Championship   Anyone could see that the manufacturers were missing, but the show is just as exciting. Parrott heads SKF scoreboard thanks to his skill in using his tyres. The Czech, Hajek gets full score after KZ2. But what a Tilloca! Many Italians are outstanding with the driver from Sardinia and Piccoli are one above the rest. 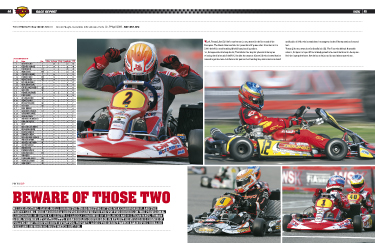 RACE REPORT – WSK International Series   We see exciting, close duels durino the third meeting of the WSK championship. And the trophy seems more and more a question reserved for the top two drivers on the provisional scoreboard. In Super KF, Cesetti is closely shadowed by Kozlinski and his team mate, Toman Libor, who wins at Castelletto. Vigano holds Cooper back in KF2, but he misses his chance of pulling away from the Brit. Kvyat too, tops KF3, loses the direct match against his Rival de Vries and on whom he must watch out for. 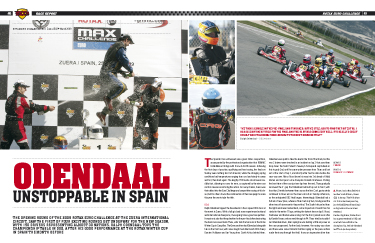 RACE REPORT – Rotax Euro Challenge   The opening round of the 2009 Rotax Euro Challenge at the Zuera International Circuit, saw the first of four exciting rounds get underway for the new season, with 150 drivers representing almost 30 nations. Ralph Odendaal tops the championship table in DD2, after his good performance at the Rotax Winter Cup in Spain the month before 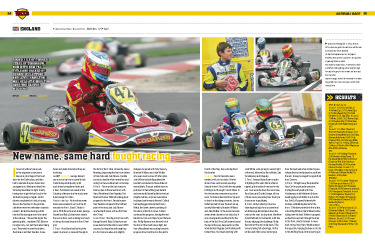 NATIONAL RACES   Wahoo! 11 national events feature in this issue National Races section, starting with the debut of Formula Kart Stars in England, and the first round of the MSA Championship. The USA saw a great IKF meeting at Grangé Motor Circuit, as well as the Gatorz Challenge Final. In Germany, it was Energy domination in KZ2 and KF2, while Belgium archived the first two rounds of RACB organized championship. Denmark lived a very busy month of racing, with Danish Super Kart, Baltic Rok Cup and Rotax Challenge in the space of two weeks. Good participation to the opening of Hungarian Championship; while chaos reigned at the Sul-Brasileiro. Australia and New Zealand featured an ever increasing level of racing with some very heated action; Japan saw a very popular KF1 national championship, while Thailand tries to do racing as usual with the Super Kart Thailand despite inner political tensions.


COLUMNS – Mondokart, June national and CIK calendars   The CIK Superkart Championship kicked off in France, at Magny-Cours, where British driver Gavin Bennett took two very important wins ahead of 2008 champion Peter Elkmann. News from Birel, that will manage Kubica’ RK racing team. Then, British Super One Series reviews the beginning of the season. Also, the most important dates of June racing calendar featuring 47 events from 24 countries, and the main CIK-FIA events.