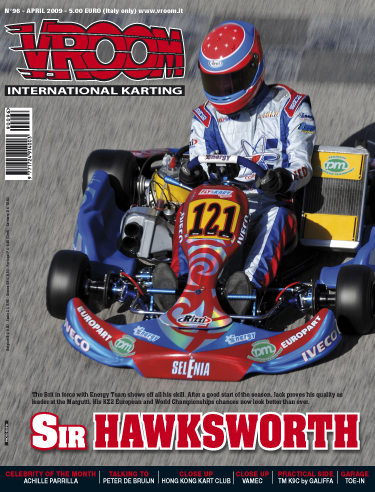 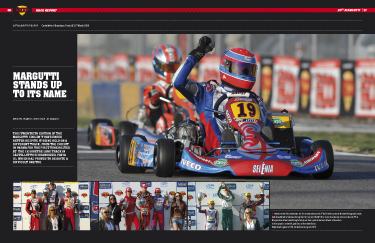 RACE REPORT –20th Margutti Trophy   This twentieth edition of the Margutti couldn’t have ended better despite it being held on a different track: from the circuit in Parma for the first time hosted at the 1210 metre long track in Castelletto di Branduzzo, Pavia (I), which has proved to be quite a difficult one too. 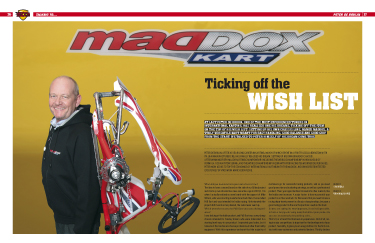 TALKING TO - Peter de Bruijn   At last Peter de Bruijn, one of the most experienced tuners in international karting, has realised one his dreams, ticking off the item on the top of his wish list: setting up his own chassis line, named Maddox, a truly versatile kart meant for easy handling, good balance and good grip from the start. We talked to Peter himself of his dream come true. 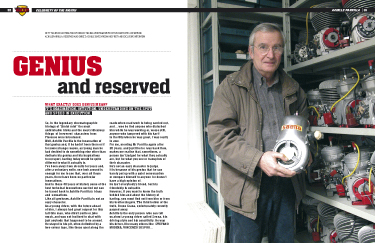 CELEBRITY OF THE MONTH -Achille Parrilla   Fifty years of karting told by one of the real protagonists of this fantastic adventure: Achille PaRrilla. Reserved and direct, Achille gives Vroom his first and exclusive interview. 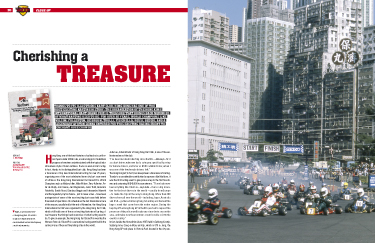 CLOSE UP - Hong Kong Kart Club   Thanks to its illustrious Kart Club, Hong Kong has one of the most exciting karting history: the organization of the Hong Kong International Kart Grand Prix is treasure that brings back memories of what karting used to be. For over 25 years, World Champions like Wilson, Fullerton, de Bruijn, Trulli, Fisichella, Rossi, Beggio, and a legendary Ayrton Senna entered for this exciting racing event to enchant huge crowds. 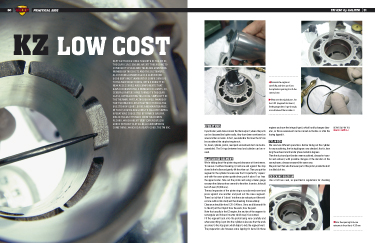 PRACTICAL SIDE – TM K9C   Kept a bit aside since the birth of the 125 KF, the gear class engine hasn’t taken long to conquer its place and there are even more number enthusiasts and the customers, also taking advantage of a certain (no good denying it) amount of confusion due to the new direct drive, with a variety of new accessories and components that have disorientated a number of clients. So, several karters have turned to the gear class, appreciating the usual simplicity of the thermal part, although well aware of that sooner or later they must tackle the question of gears, drive and maintenance. In this issue we are going to see how simple operations suggested by Franco Galiffa, one of the best tuners from the firm in Pesaro, which aren’t very expensive (250 euros without clutch-bell) can improve something, which is already good, the Tm K9C. 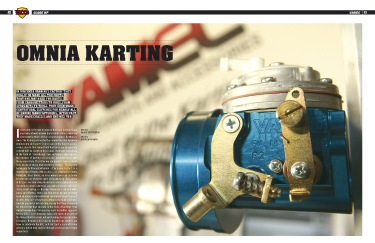 CLOSE UP – Vamec   In Vincenzo Vannini’s factory they really do make all the parts that one may need for karts: from carburettors to hubs, from sprockets to tools. They even make centrifugal clutches for nearly all KF engine manufacturers, in the past, they made chassis and engines too. 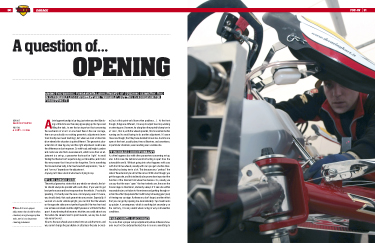 GARAGE – Toe-in   Among the various fundamental adjustments of steering geometry, toe-in is probably less important and “variable”, but this is no reason for forgetting it. 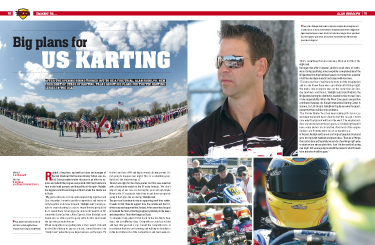 TALKING TO – Alan Rudolph   After the opening round turned out to be a fire trial, Alan Rudolph, new president of Stars of Karting, talks about his plans for the top karting series in the USA. 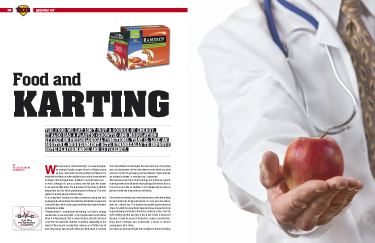 KEEPING FIT – Food and karting   The food we eat isn’t just a source of energy, it also has a plastic (growth) and modulation effect on physiological functions, that is, like an additive, nourishment acts dynamically to improve both performance and efficiency. 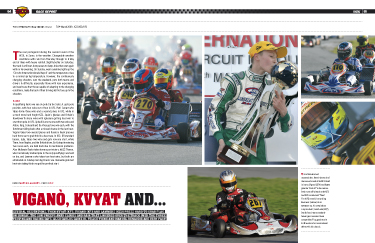 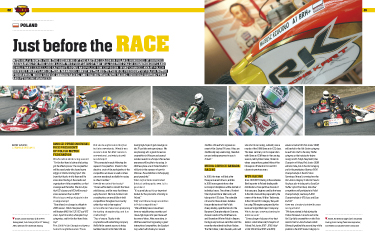 NATIONAL RACES   Our Polish correspondent reports off the track: the Polish karting season is yet to begin, and the protagonists speak about their plans for 2009. In England Litchfield, Carter and Albon grab the KF Winter Series crown; the first round of the US Stars of Karting is in the archives, while the Florida Winter Tour ended rounds 3 and 4 with some spectacular racing. From New Zealand, the Kart in the Dark meeting and the 125 Shifter Series showed some heated action.


COLUMNS – Mondokart, May national and CIK calendars   At last we feature Gillard 010B and Daytona homologation table for all PDB fans. The Formula Kart Stars renews its exchange programme with US Stars of Karting; Rotax Grand Finals 2009 to be hosted at Ghibli Raceway in Egypt; the Australian Karting Association seeks expressions of interest for engine tender; Sodi W Series launches the 1st International Leisure Ranking; Bruno Grana International Trophy preview; J3 competes in Europe; latest from Rok Cup Denmark and Canada. Also, the most important dates of May racing calendar, nation by nation, and the main CIK-FIA events.