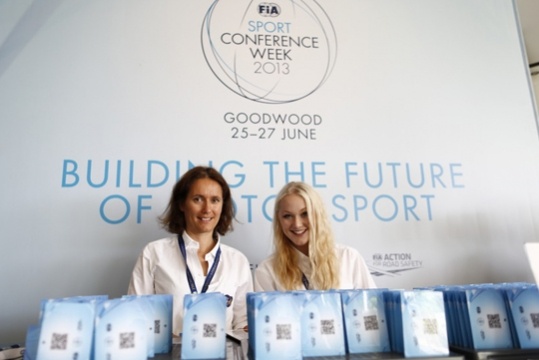 Opening the Growing Grassroots Motor Sport plenary session, Kay Oberheide, Executive Secretary of the CIK-FIA began by pointing to karting’s long history of giving Formula One drivers a start in racing but also spoke of the need for the sport to be basic in its structure in order to encourage participation. To this end he revealed that the CIK is working on a new more cost-effective karting class designed to boost the numbers involved. Oberheide stressed that affordability is the key to keeping karting at the forefront of early racing participation and said that if support was given to ASNs and if classes are successful then it will extend to success at CIK events.

His remarks on cost-effectiveness were echoed by RFEDA’s Carlos Abella who said: “Affordability is the key issue. We are in a crisis situation, with high prices for low level karting. Common regulations would help keep costs down.”

The natural progression for karters is to make the step to single seat racing and Frédéric Bertrand, head of the FIA’s Single Seater Department, revealed more details of the Federation’s plans for F4, the new junior class being designed to take karters to the next racing level.
“F4 is a very special project,” he said. “It’s the first time we’ve proposed a product to support ASNs with a first level of single seater racing.
“The new series is based on four pillars – full technical regulations, to make it low cost; sporting regulations that will provide a level playing field in different countries [so that participants will be able to move between championships]; support in the organisation of events or championships, and finally in marketing and media.”

Bertrand added that the aim is to create a large community of 15 to 17-year-old drivers with the first championships emerging next year and with an eventual target of 6 to 10 championships into 2016. He also revealed that the series aims to have a fixed budget of 100,000 euros per season with championships spread over seven to eight events.

Andrew Papadopoulos of CAMS noted: “Some people live a long way away from F1, the other side of the world, and the question is how do we get our young karters to the next step, as to go to Europe is a big expense. However, if we develop F4 in Australia, it will allow already developed drivers to go to Europe. The problem is people always run out of money before talent.”