Author: Vroomkart International
Also this 20th edition of the Margutti has been a great success, despite being hosted on another circuit, no longer in Parma but on a 1210 metre long track in Castelletto Branduzzo, Pavia.

The “hardest” race out of the three on schedule is the top class, that is, the 125 KZ2. After pole man, Manuel Renaudie, makes a mistake at the start, Jack Hawksworth takes over the lead and stays there to the chequered flag grabbing a fairly easy win. A pack of 5-6 lead by Paolo De Conto and Alessandro Manetti (disqualified at the end of the race for being underweight), so Anthony Abasse, while Renaudie took third after coming up very fast and having stopped best time. Hawksworth, although not the fastest, is constant and skilfully controls his kart along this track where drivers must have their wits about them, as it doesn’t forgive the minimum drop in concentration.

In KF2, Moller leads in the early part of the race, then Maisano takes over and not only did he stay there for the rest of the race, he also managed to pull a safe distance from his rivals leaving them to fight for runner up position. A strong duel, though: that is fought out by six, in the end Viganò comes through in front of Giovinazzi who robbed Moller’s third place on the lap.

KF3 too, has an early leader, De Vries, who later gets taken by a rival who cuts through to grab first, Kvyat. In this case, though, the advantage wasn’t all that much, the Dutch driver was breathing down the Russian’s neck throughout the race. Marciello, behind, is very fast, he gains places (grid 15), and takes third pushing back Barrabeig who later gets taken by Gil, Fioravanti and other rivals. 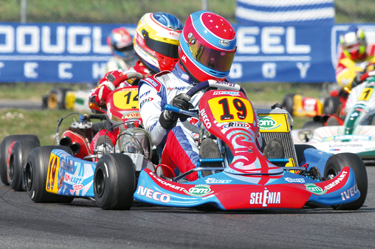 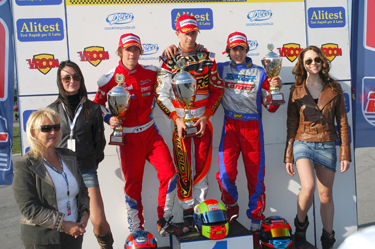 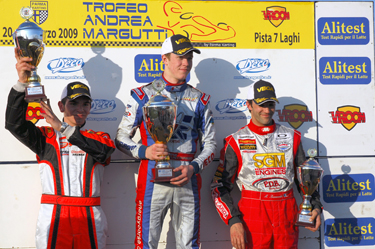 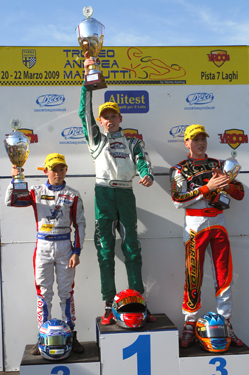