Author: Vroomkart International
The 20th Andrea Margutti Trophy” comes alive. Free practice on Thursday 19th March, the great event commemorating a very young Andrea Margutti, scheduled at the “Pista 7 Laghi”, in Castelletto di Branduzzo, near Pavia, will be the centre of international karting. One hundred and eighty five drivers have entered for this important event whose success has increased year after year, at its 20th edition and for this occasion a “FIA Authorised Series”

There are three classes involved, 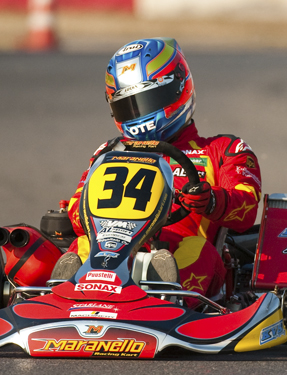 KF2, KF3 and KZ2, with drivers from 28 countries and the presence of the best manufacturers and teams. The quorum of entries has practically been reached in all the classes, including a new entry KZ2, gear class, where there’s been a massive entry with drivers from top-level racing. Among these, we see champions like Alessandro Manetti, driving his new AM kart, Roberto Toninelli (Ckr) and Frenchman Manuel Renaudie (Gillard) already outstanding at the last round of the international WSK series.

In the class for younger drivers, KF3, also Spain's Carlos Sainz Junior (son of the well-known World Rally champion), who steps in, seeing the recent results, with the top protagonists of this class, among their success a second place at the WSK in Sarno. Competing with Sainz from Holland Nyck De Vries (Zanardi-Chiesa Corse, above photo) and the hard fighting Daniil Kvyat (Tony Kart), the Russian in force with Morsicani Racing, both class winners after a WSK 2009 round.

Spot light in KF2 is on Eduard Cheever the son of another champion car driver, Eddie Cheever, and a rising star Aaro Vainio, both racing with Maranello. Among top drivers in this class we also see the likes of Matteo Viganò (Birel) and Finland’s Simo Puhakka (Pcr). With the last important entries we point out Niccolò Schirò (Crg) and the Girelli bros. Vittorio and Edolo (Tony Kart). 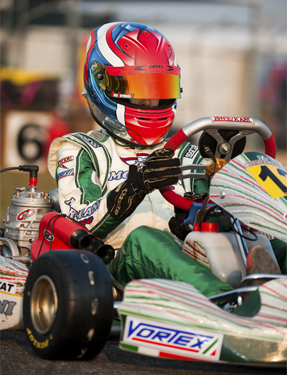 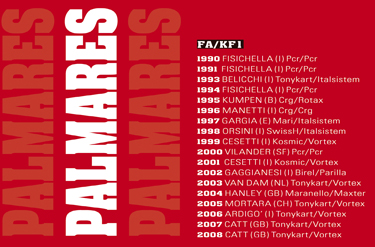 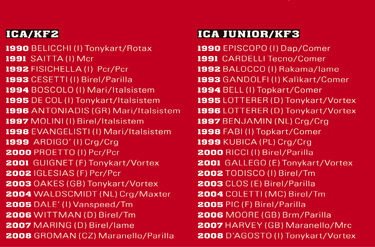