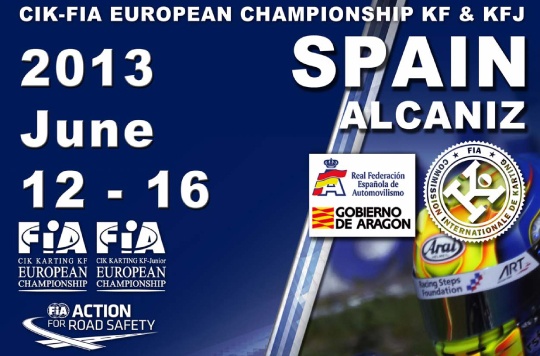 Press Release by: FIA Karting
Three years after its last CIK-FIA competition, Motorland Aragon returns to the top level by hosting the first round of the European Championship for KF & KF-Junior of the 2013 season, on June 12th to 16th.

With 155 competitors from 36 different countries expected in Spain, the event promises to be exciting on the wide and fast Alcaniz circuit, where the summer heat should contrast nicely with the fresh weather so far this season in Europe.

Located in the Northwest of Spain between Madrid and Barcelona, the prestigious Motorland Aragon complex is dedicated to motorsport, and the kart track at Alcaniz has been built to the same standards of quality.The typical 21st century circuit is as safe as possible without being flat. It's challenge was shown especially during the KF2 World Cup in 2009 when Stoffel Vandoorne, who is currently doing very well in cars, managed to climb from 16th to 2nd place in the final.

This first round of the 2013 European Championship for KF & KF-Junior has attracted more drivers than ever worldwide. British drivers will be the most numerous, but Finland, Italy, France and Russia are among the best-represented countries. There are also notably 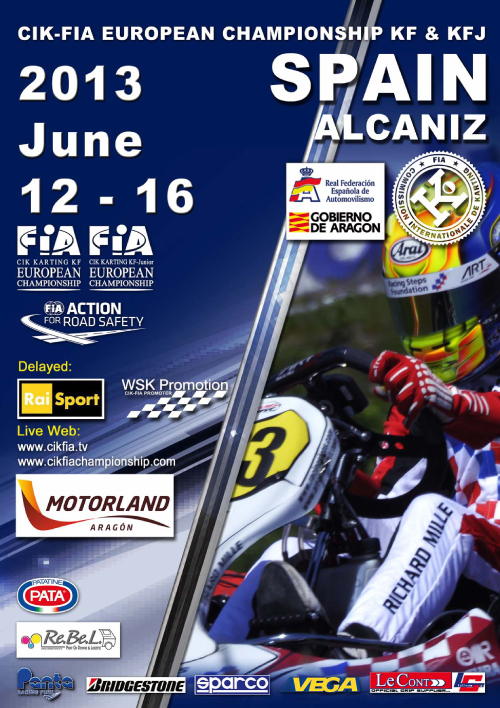 26 competitors from outside Europe from Asia, North and South America, and Oceania.

This is the second CIK-FIA competition organized in collaboration with the WSK Promotion, and the first for the KF categories. It is a great challenge to work with the known advantages of this new promoter, with particular regard to the preparation of the circuit, the race control and the production of a live TV broadcast on the Internet. Another novelty at this event is the tyres in KF-Junior, after the tender was won by the Italian manufacturer LeCont, who will have a baptism of fire in this category. This change has required special testing from the teams involved and the hierarchy of performance is still unknown in this configuration.

To follow the live timing go to www.cikfia.com and for live TV see www.cikfia.tv