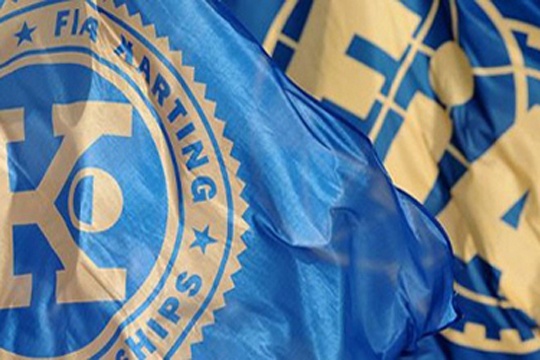 Press Release by: FIA Karting
At the meeting held in Paris on June 3, 2013, the CIK-FIA made adjustments to the Academy Trophy Sporting Regulations, the Specific Requirements for points ties between drivers and the European Superkart Championship. These decisions are effective immediately.

- Removal of Final "B" and an extension of the scale of scoring for the 34 drivers now allowed to participate in each final race.

- Tyres: The Manufacturer chosen by tender will provide, in exchange for a voucher presented by the competitor, slick tyres with a bar code and wets, to each driver. The tyres will be drawn and labeled with the competitor's number. Unmarked and non-unpacked rain tyres will be taken back at the end of the meeting. The VOC measurement will be performed using a device called MiniRAE Lite, and from qualifying to the finals, this should not exceed 15 ppm.

For the latest changes to the Sporting Regulations of the 2013 CIK-FIA Academy Trophy, click here.

Article 20 on points ties between drivers has been modified to be consistent with the different formats of the Championships. The greatest number of first places in Race 1, Race 2, or Finals, according to the corresponding schema, will decide any tie. If necessary, the second largest number of places, the third, etc ... make the difference. In case of a tie, the highest number of first places (or second, or third, ...) in the pre-finals will be used. If the tie remains, the highest place in the last final of the last event will be decisive.

For the latest changes to the Specific Prescriptions, click here.

The maximum cost for access to the track during free practice is 100 €.

All these decisions must be validated by the next World Motor Sport Council.