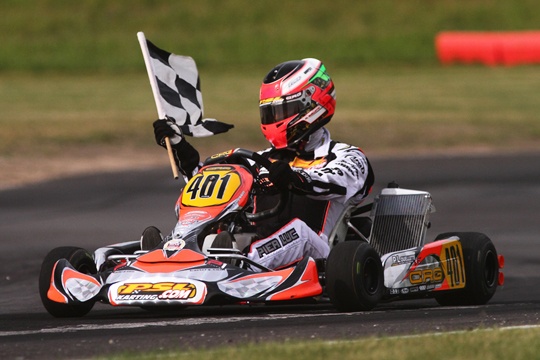 Press Release by: ECKC - Eastern Canadian Karting Championship
While its drivers have been making history elsewhere in the Fall and Winter by winning a number of titles following summer schedules, the Eastern Canadian Karting Championship has been writing its own history book over the last three seasons, a history that is quickly becoming the go-to reference with regard to Canadian karting teams and drivers. A new chapter is set to begin in just over two weeks at Mosport International Karting, and as it does, new teams, drivers and chassis will go down on the page, while others will further cement karting legacies.

There have been 18 events in the history of the Eastern Canadian Karting Championship and they have been contested on seven different tracks. Goodwood Kartways and Mosport International Karting have been fixtures in Ontario, while the Quebec venues have been five different spots. Season one saw the series visit the Trois-Rivieres waterfront for Le Monaco before the schedule concluded at the Jim Russell Karting Academy, and season two had the championship visit PSL Karting as a new stop. Last year Le Circuit ICAR welcomed drivers for event two, and the championship concluded racing at the new home of Le Monaco de Trois-Rivieres, at Exposition Park kicking off GP3R race week. The 2013 Championship will begin at Mosport International Karting for the first time, followed by events at Goodwood Kartways, Le Monaco de Trois-Rivieres and the Jim Russell Karting Academy once again.

Those same 18 events produced 108 races, and after those races 50 different Rotax Max Challenge winners stood atop the podiums. It's an overwhelming number at first glance, but half of those wins have come from just a trio of drivers, and the quartet at the top have a stat that definitely sets them apart from the rest. Topping all is Prime Powersports Masters DD2 racer Stuart Clark. A two-time series' champion, Clark has 10 victories in ECKC competition. He's followed closely by Goodwood Kartways / IPK North America driver Marco Di Leo with 8 wins; the only driver to ever win the ECKC Rotax Senior Championship. Zachary Claman DeMelo has 7 wins to sit third and is also a three-time champion, his coming from Rotax Mini-Max and back-to-back titles in Rotax Junior. Pier-Luc Ouellette sits fourth in the all-time tally with 5 wins, and was a series' champion in 2011, the year he went on to win the Rotax Max Challenge Grand Finals for a second time. Along with Clark, Di Leo and DeMelo, they are the only drivers to win a race in each of the first three ECKC seasons.

Tied with Ouellette but in much different fashion is PSerra Racing driver Antonio Serravalle. The young racer scored all five of his wins in 2011, a year in which he dominated Micro-Max competition. Following him are a quartet of drivers with four wins each: Karter Hickling, Jesse Lazare, Matthew Latifi and Ben Cooper, who after winning the series' finale in 2011 won three races last season en-route to the DD2 title and the DD2 World Title, just as Ouellette had done a year earlier. Darren White, Paul Carvalho, Steven Szigeti and Gianfranco Mazzaferro each have 3 wins, eight different drivers have 2 wins, and twenty-nine drivers have a single victory to their name.

In terms of team tallies, PSL Karting leads the way with 22 victories, just a single marker more than Goodwood Kartways / IPK North America among seventeen teams that have registered at least one win to date. Third on the list at 13 is Prime Powersports, the only other team to have reached double digits. SRA Karting is fourth with 9, and three teams are tied for fifth with 7 wins apiece: PSerra Racing, SH Karting and Ferrolati Corse. Three other teams have multiple wins: ZCD Autosport at 6, GreenSpeed / SH Ontario at 5 and PSL Ontario at 4. Seven teams follow with a single win each including: Max Karting, REMotorsports, Intrepid Quebec, DeFrancesco Racing, J3 Competition, Karts & Parts and an Independent victory from David Ivichek at Mosport in 2011, a year in which he went on to represent Canada at the Rotax Max Challenge Grand Finals.

The manufacturer's title at this point is a runaway lead for CRG, the famed marque owning 43 of the 108 series wins. Intrepid has crossed first 22 times, TonyKart 15 times and Birel 10 times. Only three other manufacturers have multiple wins: Tecno Kart with 7, Maranello with 4, and Zanardi Kart with 2. Single wins have gone to Arrow, Alonso Kart, Kosmic, MS Kart and LH Kart through three ECKC seasons.

Thirteen different drivers have won ECKC Rotax Max Challenge Championships, led by Di Leo with all three in Rotax Senior and DeMelo with his pair in Rotax Junior and single in Mini-Max. Clark also has a pair, both coming in Masters DD2, while ten other drivers have been crowned: Kyle Herder, Lazare, Hickling, Ouellette, Jeffrey Kingsley, Serravalle, Carvalho, Cooper,  Mazzaferro and Latifi. Six Rotax Championship titles are once again up for grabs in 2013 with four tickets to the Rotax Max Challenge Grand Finals also ready to be awarded. The season begins in just over two weeks. For all the latest news and information, please visit eckc.ca regularly. 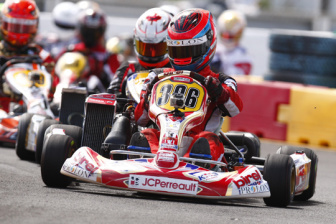 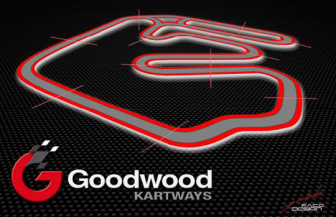