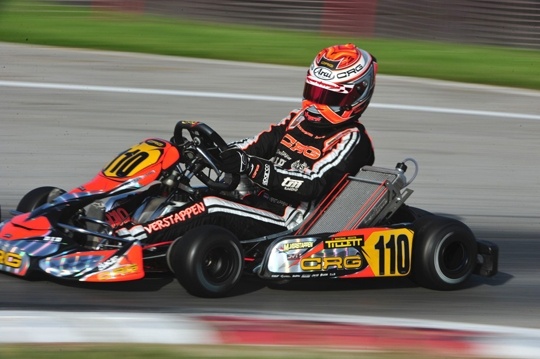 Author: Vroomkart International
WSK Master Series. Boccolacci controls the KF final, Verstappen dominates in KZ2.
The third round of the WSK Master Series in Precenicco (I) went in the books without major surprises. In 60 Mini Martinez confirmed his leadership despite being pressed hard by Konstantinos. Ticktum instead did not manage to prevail in KFJ despite being the favourite at the beginning of the weekend as Lorandi proved too strong. In KZ2 Verstappen has it his own way and confirms his domination in the gearbox class. Likewise Boccolacci who grabbed the win in KF as expected.

On Saturday, after scoring the Superpole Boccolacci dominated the heats putting up a strong performance towards victory in KF. In 60 Mini, Martinez was still the man to beat. In KZ2, Verstappen found a strong opponent in Hajek who won Race 1. Good performance by Negro (third) who is also still in contention for the title. In KFJ Ticktum proved to be the favourite for the final win.