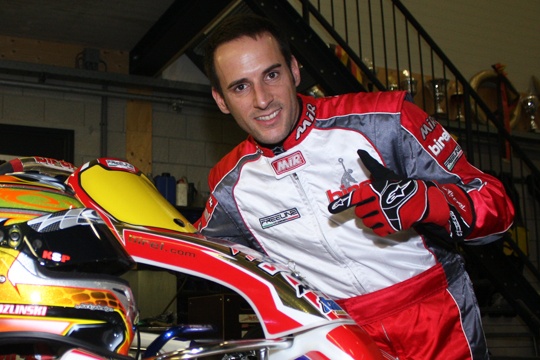 Author: Vroomkart International
During the third round of the WSK Euro Series held in Sarno, Kozlinski and Iglesias were protagonists of a scary accident in Sunday's final.
The crash seems to have been caused by Iglesias' engine ceasure on Sarno's home-straight, at full speed. After having lost control of his kart and hit the barriers, the Lenzo driver was bounced back on the track when  Kozlinski arrived and could do nothing to avoid the tremendous collision.
The dynamics resulted in a serious injury particularly for the Birel driver, who was immediately hospitalized at Sarno Hospital with a ribcage trauma (two broken ribs and detachment of the pleura).
Iglesias had a bit more luck, ending with a bruised arm and elbow.
Everyone at Vroom wishes both, and particularly Koko, a swift recovery