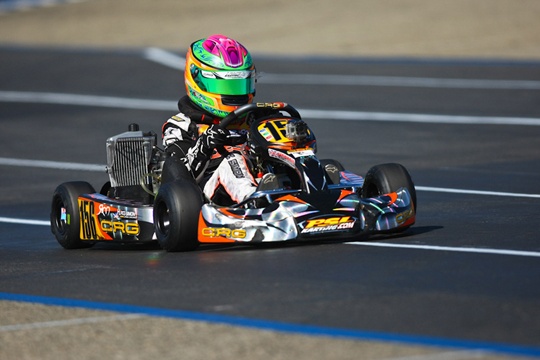 In dominating fashion, California native and shifter kart standout Fritz Leesmann left Fontana with the overall Rotax DD2 championship title and his place on Team USA secured for the 2013 RMCGF. Entering the finale with three feature wins to his credit, the PSL Atlantic supported driver completed the sweep of the weekend, taking top honours in qualifying, prefinal and final action, becoming a back-to-back champion in the process.
Alan Rudolph was able to secure the provisional DD2 Masters championship title with his performance on Saturday. Missing out on the pole position, the karting legend came back to win the prefinal and final to secure enough points to claim the title. Sunday saw the PSL Atlantic/Team WRS pilot match Leesmann's efforts with the day’s sweep, with Rudolph honoured as the overall DD2 Masters champion with five wins in his first campaign in the COA series. Rudolph also staked claim to the RMCGF ticket, and will be gunning for a world title in November at the NOLA Motorsports Park in New Orleans.

Rotax Mini Max pilot Horatio Fitz-Simon entered the finale in Fontana the points leader in his class, but his championship hopes came crashing down during Saturday's final. Engine woes forced the round one winner to pull out on the opening circuit. Not one to give up, Fitz-Simon came back on Sunday to take his second victory in 2013 COA Mini Max action. Fellow Mini Max pilot David Rafailov added a podium finish to PSL's haul, coming home third on Saturday and completing his weekend with a solid fifth place finish on Sunday. The duo also made a trip to the championship podium, with Fitz-Simon earning the vice-championship title with Rafailov finishing third overall.
In Rotax Micro Max action, CRG West driver Marco Kacic earned the pole position for Sunday's events, clocking fast time to take the coveted position. An unfortunate disqualification in the prefinal put him last on the grid for the day's feature, but the rising talent made some impressive passes to come through the field to finish sixth, adding another top-ten finish to his seventh from Saturday. CRG West teammate Ellie Musgrave also earned two top-ten finishes, coming home eighth on Saturday before making a trip to podiums on Sunday with her third place result.
Rotax Junior pilot Austin Versteeg completed his 2013 COA campaign with two top-tens, and finished the overall series a solid fourth in the championship standings. 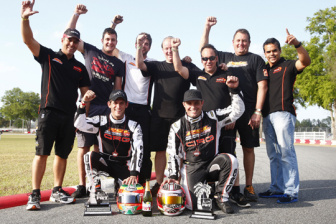 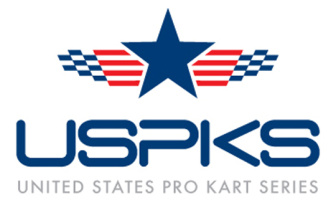 US Pro Kart Series offers more value for racers in 2013