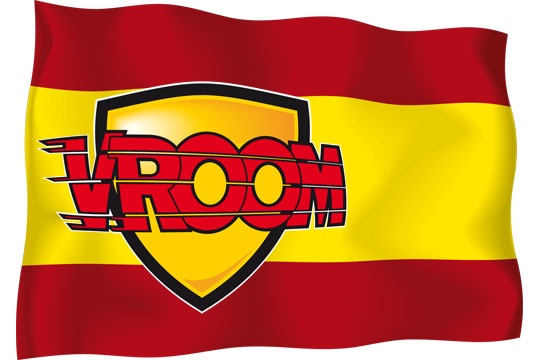 Author: Vroomkart International
The new magazine Vroom Spain digital edition is available to download for free on www.pocketmags.com
With this new editorial initiative for the Spanish karting scene Vroom strengthens its status as most representative karting magazine in the world.
It’s born! The so longed Vroom Spain digital edition is finally ready to read and download for free on www.pocketmags.com, and soon also for tablets and iPads. The inception of the project dates back to 2008, few months before the global economic crisis forced us to put it back in the drawer when already in advanced state of completion.

Only the new technologies and digital platforms allowed us to launch Vroom Spain digital edition in a time of economic difficulty, something which would have been otherwise impossible without incurring in too risky of an operation for an editorial product aimed at a niche market such as karting.
And above all, Vroom Spain digital edition has been possible thanks to the relentless, unwavering determination of karting enthusiasts such as Jose Olmedas, who committed himself to represent Vroom in the Spanish market and also manage the contents of the magazine following as much as possible the editorial line that has been Vroom trademark for the past 25 years.

Today marks a significant milestone for all those who work for and believe in Vroom. We cannot but express our delight for this unbelievable goal: the publication of a magazine for and about the Spanish karting scene. For us this has always been a priority, based on Vroom distinctive inclination and ambition to portray the sport of karting from all around the world. Today, Vroom confirms its limitless editorial drive by including yet another customized product in its offer.
This initiative will go down in history, without doubt! But it’s only one step forward. From now on, our aim is to work more and more to portray and promote the Spanish karting scene, those who operate in this sector, highlighting the drivers and their quests, and the passion that binds us.
Passion that is stronger than the actual crisis, which has been hitting this motorsport discipline for the last 4 years. But in times of difficulty, sharing the same objective can facilitate the recovery. It’s no secret that the promotion of the sport is a key factor, just like putting order in the confusion. The role of information is necessary to highlight the programs that can help the recovery of this beautiful, thrilling motorsport discipline, for the good of the sport.
Hasta la vista