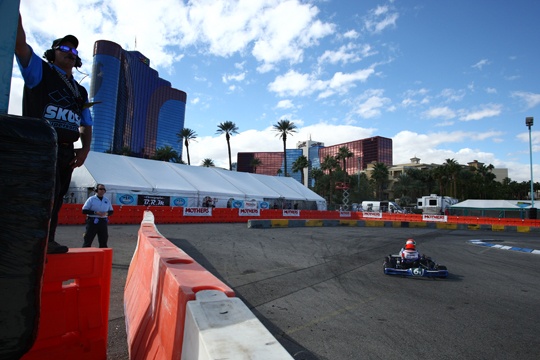 Author: Vroomkart International
Photo C.Schindel (CKN)
It’s official. SKUSA Supernationals XVII, the most glamorous kart race of the international calendar, will take place in Las Vegas Rio Hotel and Casino on November 20-24.
The likely effect, considering also the presence of the last CIK World Championship round for KF and KFJ scheduled on November 16 in Bahrain, is the shuffle of the Rotax Grand Finals to November 30.
In fact, it would make sense for the Austrian manufacturer to have its global event follow the Supernats in order to avoid dates clashing, also allowing those involved to move from Las Vegas to Nola Motorsports Park in New Orleans (the location of the 2013 Rotax Grand Finals) with ease.
Also, Nola Motorsports Park official website (www.nolamotor.com) states it will be hosting two events on November 24 and December 7, leaving November 30 as the only available option.

Though the 2013 Rotax Grand Finals date is yet to be officially announced, our approximation doesn’t seem too far-fetched.