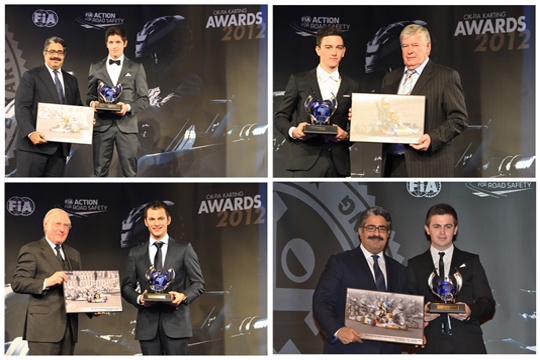 Lonato del Garda (Brescia - Italy). CIK-FIA, during a beautiful ceremony in Paris, awarded the champions of the 2012 international kart season. Great satisfaction for the drivers of the CRG Group: their performances in all the championships were outstanding thanks to impressive winning streaks.

At the presence of the FIA president, Jean Todt, and the CIK president Shaikh Abdulla bin Isa Al Khalifa, awards were given to  Felice Tiene, who received a trophy for his success in the KF2 World Cup (won on CRG-Bmb), Jordon Lennox-Lamb for his success in the KZ2 World Cup (on CRG-Maxter) and Jorrit Pex (on CRG-Tm) for his victory in the KZ1 European Championship. Tom Joyner (on LH-Bmb) and, again, Felice Tiene (CRG-Bmb) received a prize for the podium of the world series achieved behind Flavio Camponeschi  in the KF1 world championship where they arrived second and third respectively.

The 2012 season saw CRG at the top on every front: it was one of the overall most competitive team, confirming the high quality of its equipment in every championship with the CRG chassis and the other brands of the Italian constructor, such as LH by Lewis Hamilton managed by the LH Racing team. 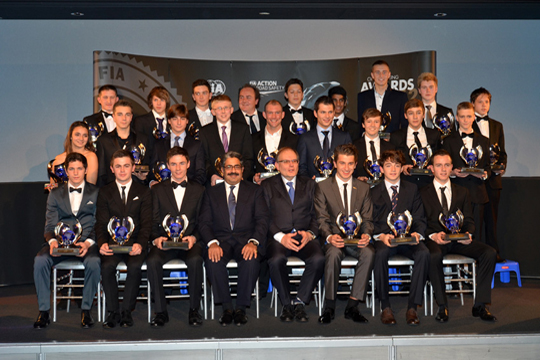 In a racing season characterized by a crescendo of performances, in 2012 CRG achieved a series of exalting results in the CIK-FIA championships, such as the overwhelming victory in the KF2 World Cup in Zuera, where CRG occupied the three steps of the podium thanks to Felice Tiene, Max Verstappen and Jordon Lennox-Lamb, besides Tom Joyner excellent fourth.

In brief: a great series of results for a list of honours which is getting richer and richer for CRG.