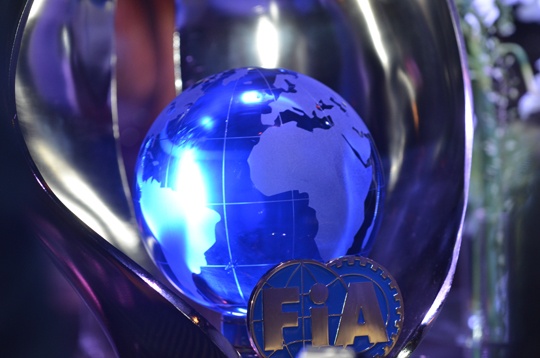 The International Karting Commission of the FIA (CIK-FIA) started the year 2013 in dignified fashion by rewarding its Champion Drivers of the 2012 season on Saturday 19 January in Paris, at the Pavillon Gabriel, not far from the FIA headquarters and just off the famous Champs Élysées and Place de la Concorde. Opened in the presence of the FIA President, Jean Todt, the ceremony honoured nearly 30 award-winners.
Some 175 guests attended the gala, and they were also called upon to vote for the photograph of the year. The picture taken by Philippe Kalmès, of the KSP agency, was "elected".
Two other special prizes were awarded during the ceremony: the Trophy for the Best Event of the 2012 CIK Season, which went to PF International, and the Honorific Trophy for the Most Outstanding Contribution to Karting, awarded posthumously to Ernest C. Buser who was President of the CIK from 1978 to 1999.
A large selection of photographs of the "2012 CIK-FIA Karting Awards" ceremony is available here.